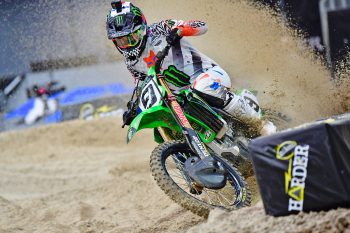 Former class champions Cooper Webb and Jason Anderson find themselves just outside of the top 10, though they each logged times within 1.0s of Cianciarulo, proving just how deep the field is in 2021. 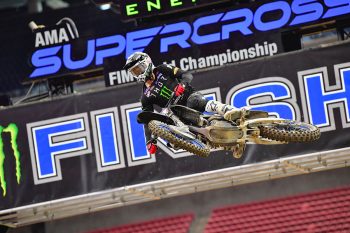 In 250SX East, Craig continued his success from last week, finishing in the top spot with a 42.138s, followed closely by his teammate Colt Nichols just 0.013s behind.

Jett Lawrence (Team Honda HRC) got rolling in the later half of the session and landed in the third spot, in front of Troy Lee Designs Red Bull GasGas rider Michael Mosiman.

Despite having a big crash in the second session, RJ Hampshire (Rockstar Energy Husqvarna) rounded out the top five, while sixth place went to Austin Forkner (Monster Energy Pro Circuit Kawasaki), who proved he’s sticking to his plan of remaining calm and not pushing too hard in qualifying despite a fall – the final rider within a second of Craig.

Just behind him was his teammate Jo Shimoda, who finished seventh, as Mitchell Oldenberg (Muc-Off Honda) was slow to get up from a crash, but managed to finish eighth. The last two positions in the top 10 went to Josh Osby (Phoenix Racing Honda) and Thomas Do (KTM). 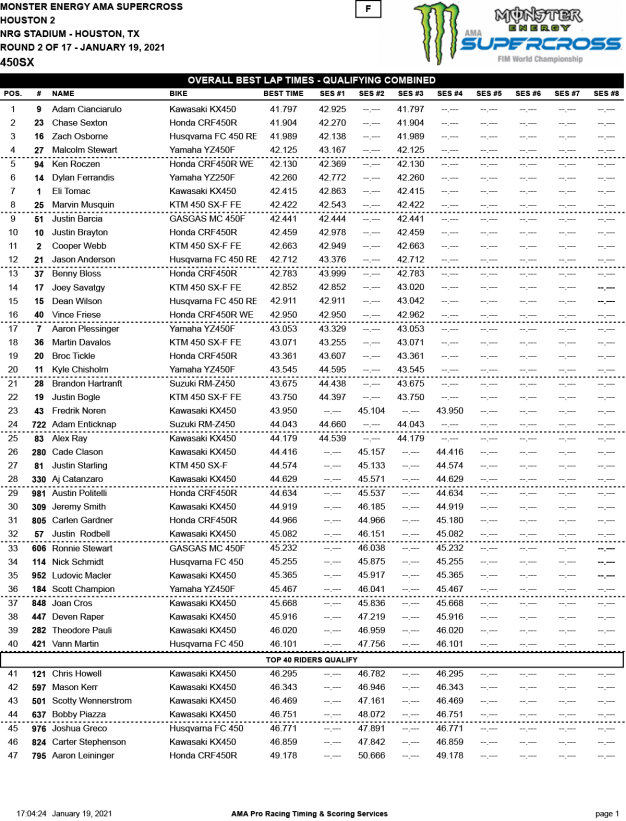 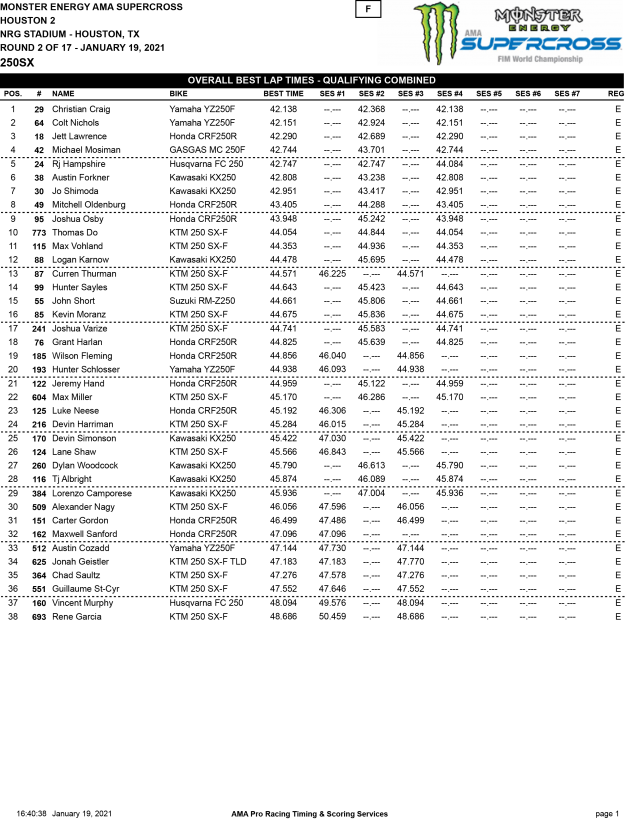