Qualifying for Houston 1 is complete as rookie Chase Sexton (450SX) and Christian Craig (250SX East) came out on top to commence Monster Energy Supercross for 2021.

Sexton proved that he will be a factor in the premier class by qualifying quickest in his 450SX debut with Team Honda HRC, recording a 44.006s to edge defending champion Eli Tomac (Monster Energy Kawasaki).

The top 14 riders all lapped within the 44s bracket, setting up a spectacular opener tonight at NRG Stadium, which opens the series outside of California for the first time in over two decades. 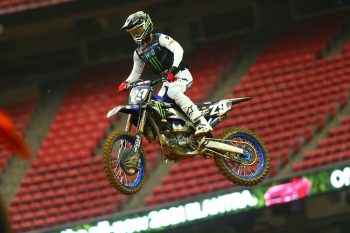 Craig led Jett Lawrence (Team Honda HRC), who had topped the opening session earlier, by 0.820s, with Colt Nichols (Monster Energy Star Racing Yamaha third, but a second away from his teammate.

Nichols, Austin Forkner (Monster Energy Pro Circuit Kawasaki) and RJ Hampshire’s (Rockstar Energy Husqvarna) were all within the same tenth of a second in that order. 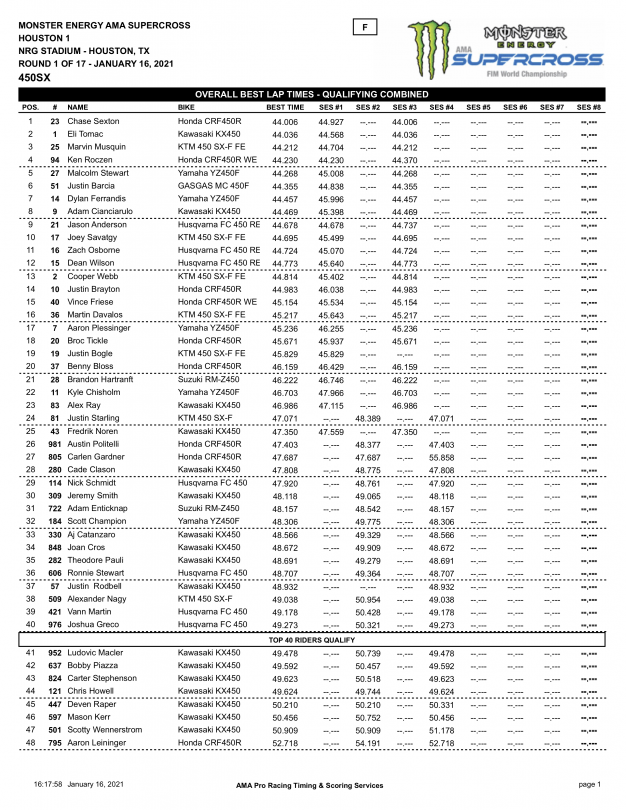 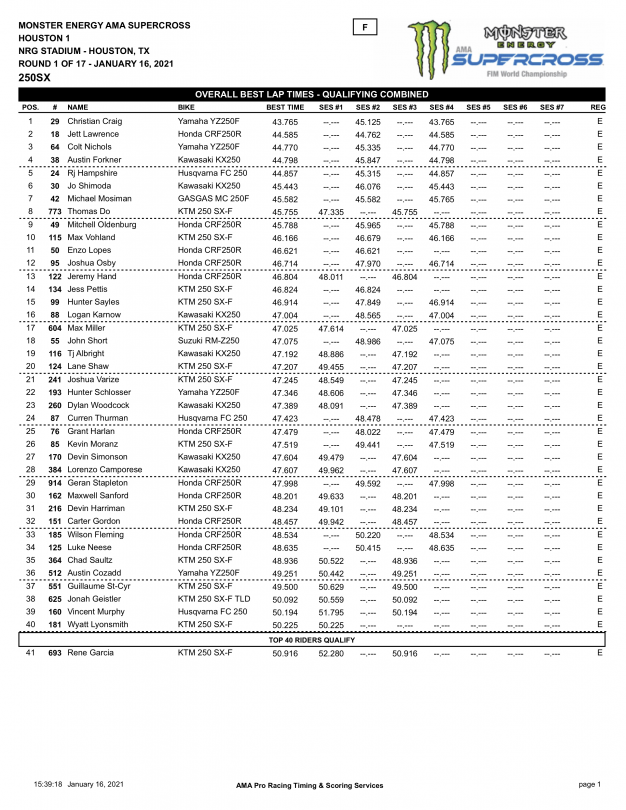