Controlled performance in Houston for opening 250SX East win of the year. 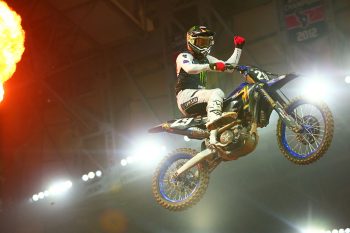 It was a perfect night for Craig in his maiden outing with Star Yamaha, converting his heat race win to victory in the main event at NRG Stadium.

While Craig controlled proceedings from the front, the battle for second intensified as the 15-minute plus one-lap final wore on, Forkner moving into the runner-up position by midway and Nichols benefiting from a late error by RJ Hampshire (Rockstar Energy Husqvarna) when he went down while in P3.

A consistent ride meant fourth belonged to Jo Shimoda (Monster Energy Pro Circuit Kawasaki), Hampshire remounted for fifth and Lawrence – who also crashed in the closing stages on the final lap – ended the opener in sixth.

Monster Energy Supercross will continue this Tuesday, 19 January, with round two of the 2021 season once again to be held in Houston for the second of three events to commence the series at NRG Stadium. 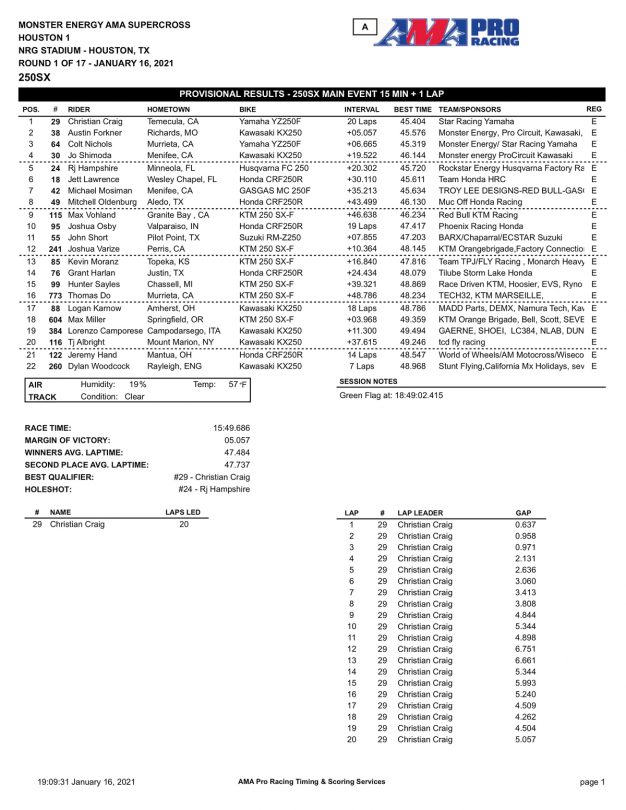