Inaugural feature highlighting the winners and events of the year gone by.

It’s fair to say that with the year we’ve experienced, the 2020 MotoOnline US Awards have an underlying theme as a result of COVID-19, placing world sport on hold momentarily and being one of the strangest seasons on record. Still, the show eventually went on and we’ve assessed the year past to name the inaugural awards feature winners at MotoOnline.com. 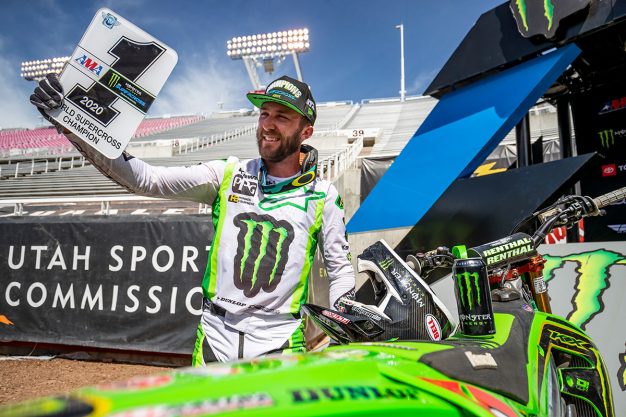 Rider of the Year – Eli Tomac:
Eli Tomac finally clinched the Monster Energy Supercross 450SX championship in a controlled display during the interrupted 17-round series, delivering on the promise he has shown throughout his career. With seven wins over the course of the series, it was a due result and one that has come with a sense of both elation and relief for the Monster Energy Kawasaki rider.

Rookie of the Year – Adam Cianciarulo:
In his first 450SX campaign, Adam Cianciarulo qualified quickest at the opening seven rounds – yes, seven! – almost won Anaheim 1 on debut with Monster Energy Kawasaki and was fifth in points before being injured at Arlington. Then, he finished runner-up in Lucas Oil Pro Motocross, won four motos and stood atop the 450MX overall podium twice.

Personality of the Year – Jett Lawrence:
You can’t go past Jett for this one (again), purely because he has that special type of charisma that can be rare for a teenager under the type of high-pressure situation that he’s in. From his interviews to the way he connects with fans on socials, plus his new merchandise line, Team Honda HRC and Red Bull signing Lawrence just has ‘it’.

Series of the Year – Supercross/Pro Motocross/MXGP:
We’ll be honest, it was impossible to narrow this down to just one series considering the hoops that each of these organisers had to jump through in order to complete these championships. With COVID placing the world on pause, Supercross being one of the first to get going again, Pro Motocross defying the odds to actually begin and MXGP coming together, we’re thankful for everything!

Most Anticipated Motocross Model – 2021 Honda CRF450R:
Ever since Team HRC’s Tim Gajser and Mitch Evans debuted this year’s CRF450RW (aka works model) in MXGP, there has been a lot of excitement based upon the 2021 CRF450R. As expected, Honda launched an all-new 450 for 2021 and even though reviews have been mixed so far, you can’t deny that the interest has been huge and its appearance is next level.

Top Team – Rockstar Energy Husqvarna:
What stands out for us with Rockstar Energy Husqvarna Factory Racing was the team’s clean-sweep of the 450SX podium at Salt Lake City’s championship finals, led by Zach Osborne, Jason Anderson and Dean Wilson. All three riders were top eight in points, plus Osborne went on to clinch a first 450MX crown as well! 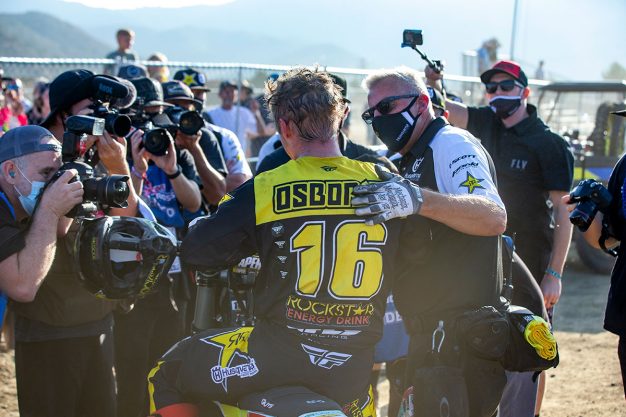 Best Event – Anaheim 1 Supercross:
The opening round of Supercross at Anaheim is always a showstopper and this year it was a particularly special one for MotoOnline since we expanded our global footprint with our US website. After operating MotoOnline.com.au for over a decade, to go live on the press day of A1 direct from Angel Stadium was remarkable and it was also one of the few normal races pre-COVID.

Hottest Topic – Racing on hold:
Speaking of the pandemic, to have racing put on hold internationally in March when the seriousness of coronavirus became apparent was a massive shock to the system. We’ve all seen how things played out from there and, thankfully, the sport did go on, so kudos to all who worked tirelessly to make that happen under such uncertain circumstances.

Greatest Disappointment – JGRMX says goodbye:
Many had a feeling this news would be coming sooner or later following a few shaky years, however, JGRMX finally decided to pull the pin on its motocross and supercross program. Since entering the sport in 2008, Joe Gibbs Racing (JGR) has had a storied run, with a wide list of riders and also by operating Suzuki’s factory team since 2018. We’ll all miss those guys!

Most Surprising Moment – Geico Honda closure:
There is no way that anybody could have predicted early in the year that Geico Honda would be closing shop by the end of the outdoors. Factory Connection confirmed prior to Fox Raceway that it had lost Geico and then, just days later, formally announced it was game-over. Fittingly, Jett Lawrence delivered the ultimate send-off with victory among a podium-sweep in the 250MX final moto.

Social Standout – Alex Martin:
Fast becoming a fan favorite, we’ve given this award to Alex Martin primarily because of his ‘Troll Train’ vlog on YouTube that has amassed near 20,000 subscribers since episode one in January and offers genuine access to him at every event and at stages in between. On top of that, he’s gifted in all of his communications and is a genuine guy that absolutely rips on a dirt bike.

Special Mention – 450MX champion Zach Osborne:
We came so close to naming Osborne our rider of the year for his gritty performance en route to the 450MX crown, as well as his breakthrough during the final stages of Supercross, so we wanted to acknowledge those achievements here. Now in his 30s, Zacho has one of the greatest stories this sport has ever seen and his success is a result of pure determination.