With this season in the books and the 2021 Monster Energy Supercross championship drawing closer, the annual ‘silly season’ has been an eventful one so far. We’ve seen multiple factory-backed teams dissolved and a new manufacturer enter, which has resulted in some sweeping changes to team combinations for the coming year. This Q&A breaks down the latest line-ups to make some sense of what’s taken place to date. 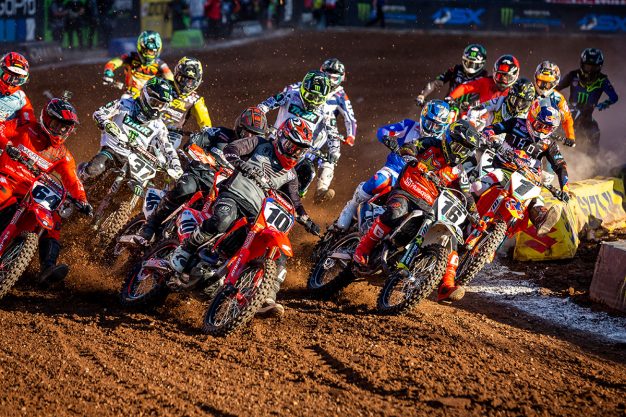 A: After the in-house Monster Energy Yamaha team exited, Star Racing has taken over the brand’s official 450 program and it’s going to be the biggest, busiest team in the pits with no less than nine riders in their pro-level ranks across both the 450 and 250 classes. In the 450s, 250SX and 250MX champion Dylan Ferrandis is stepping up to the premier class alongside Malcolm Stewart (Supercross only) and Aaron Plessinger, who’s on a multi-year deal with team blue. Christian Craig will contest the Supercross championship on the 250 before most likely stepping up to the 450s for outdoors, while Jeremy Martin has returned to the team that earned him two MX championships. Alongside them are returning riders Colt Nicholls and Justin Cooper, with rising talents Jarrett Frye and Nate Thrasher also earning their starting spots in the squad.

Q: Who are the highest-profile racers still looking for 450 seats?

A: With most teams now filled up in the 450 class and, although still with many announcements to come, we’ve seen some surprises already. Blake Baggett was expected to remain at Rocky Mountain ATV/MC KTM team, but parted ways and made room for Joey Savatgy alongside Justin Bogle, while Justin Hill looked equally certain to reappear with Smartop Bullfrog Spas MotoConcepts Honda, but suddenly departed in favor of Broc Tickle. It’s still unclear where either Baggett or Hill will end up. Meanwhile, the collapse of the JGRMX Suzuki team has left Fredrik Noren without a home right now.

Q: With Geico Honda closing shop at the end of the 2020 season, where have all those riders ended up?

A: The 2020 Geico Honda team racers have been scattered to the four corners of the pits. While it still hasn’t been announced, it’s expected that Hunter and Jett Lawrence will remain in red as Team Honda HRC’s 250cc representatives. As for their former team-mates, Jo Shimoda has inked a deal with Monster Energy Pro Circuit Kawasaki, Jeremy Martin is returning to Yamaha for his final year in the 250s, while Carson Mumford is rumored to be heading to FXR Chaparral Honda.

A: In addition to Justin Barcia as the team’s sole premier class entry, promising young riders Pierce Brown and Michael Mosiman will be under the team’s awning in the 250 ranks. Brown slides in from TLD Red Bull KTM, while Mosiman is joining from the Rockstar Energy Factory Husqvarna team – the same platform as the GasGas they’ll be racing next year. Both racers were already riding for the larger KTM Group, so shifting them across to the group’s newly-acquired brand, GasGas, was an appropriate step. One thing to consider, Brown is currently recovering from knee surgery and it’s questionable whether he’ll be ready in time for the upcoming 250SX season. Since TLD has switched to GasGas, Red Bull KTM will instead field a single 250 in-house with Max Vohland on-board. On Husqvarna’s side, Stilez Robertson will be with RJ Hampshire and Jalek Swoll on the 250. 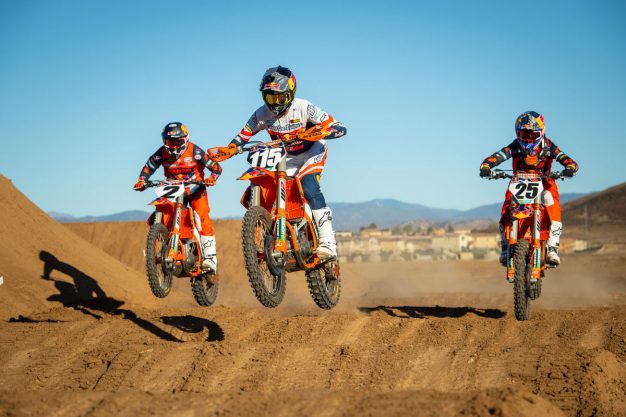 Q: With Justin Hill out and Malcolm Stewart moving to the factory Yamaha team, who’s riding for MotoConcepts next year?

A: Long-time MotoConcepts rider Vince Friese will again return to contest the 450 class and will be the only rider on the new 2021 Honda CRF450R. He’ll be joined next year by Broc Tickle, Benny Bloss and Shane McElrath, who will all race the 2020 model. Hill was originally announced on the team, but pulled out, citing issues with the team’s management. Tickle was more than happy to take his place on the squad, leaving Hill almost certainly having to rely on a last-minute call-up to replace an injured rider with the season quickly approaching. The MCR team has also traditionally been a Supercross-only set-up, but with some strong outdoors racers in their camp for 2021, there are plans to race at least selected rounds of the Lucas Oil Pro Motocross Championship.

Q: Will there be a Suzuki-backed team next year now that JGRMX has shut?

A: An independently-owned team, HEP Motorsports has Suzuki backing, with word on the street being that the manufacturer has increased its support to the team for the coming year. HEP is likely to contain Englishman Max Anstie, Adam Enticknap and former TLD Red Bull KTM rider Brandon Hartranft, who’s jumping up to the 450 class next year. Former Suzuki rider Alex Martin has been announced for the new-look Manluk Rock River Yamaha Merge Racing team.

Q: There seems to be a lot of team changes for 2021. Are there any leading teams that are unchanged?

A: At this stage, a handful of 450 teams will remain the same as this year. Red Bull KTM (Cooper Webb and Marvin Musquin), Monster Energy Kawasaki (Eli Tomac and Adam Cianciarulo) and Rockstar Energy Husqvarna (Jason Anderson, Zach Osborne and Dean Wilson) are unchanged. Team Honda HRC’s 450cc team has been tweaked slightly, with Ken Roczen and Chase Sexton filling the two seats, while Justin Brayton is heading across to Penrite Honda.

Q: Who’s in and who’s out at Monster Energy Pro Circuit Kawasaki for 2021?

A: Kawasaki’s official 250 team has been expanded by one seat next year. Three of the four 2020 racers – Austin Forkner, Jordon Smith and Cameron McAdoo – will return for another season to try and break the team’s uncharacteristic dry spell of championships. They’ll be joined by Jo Shimoda and rookie Seth Hammaker, at the expense of Garrett Marchbanks, who won the 2020 Daytona Supercross in March.