GasGas factory MXGP team to field Jonass and Bogers in 2021 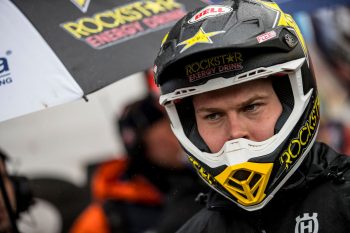 Jonass entered the grand prix scene in 2014, rapidly progressing to become MX2 World Champion in 2017. The Latvian then moved to the MXGP class for the following 2019, securing three overall podiums and an impressive sixth place in the final standings.

2020 was set to be Jonass’ breakout year, but an untimely training crash ended his season early. Following months of rehabilitation and with his desire for success stronger than ever, he’s now back to full fitness and ready to fight for podiums when the gate drops for the start of the 2021 season.

“I’m really excited for my future with GasGas,” Jonass said. “I have to thank the Standing Construct team for believing in me while I have been injured, but I will be back to 100 percent and then I can start testing with the team. It’s an exciting time for me and my rehabilitation is going very well. I’m looking forward to a great future together with GasGas and I look forward to achieving some great results when the 2021 season starts.”

Competing alongside Jonass, Bogers is currently ranked 12th in the 2020 MXGP World Championship and the Dutchman has been a constant threat for top-five results during recent GPs. Bogers, like his new teammate, will soon head into the off-season focused on testing and preparation ahead of the new season.

“It’s a great feeling to be on the Standing Construct GasGas team for 2021,” commented Bogers. “I’m really looking forward to next season as I know the team is very professional and the bike is great. They have had impressive results over recent years, so it gives me a lot of confidence. It’s an exciting opportunity, I’ve had a strong season in 2020 and I’m ready for the next step with GasGas in 2021.”