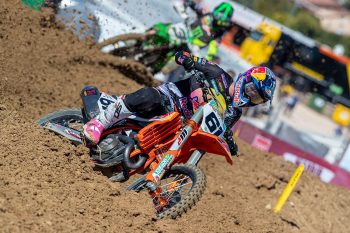 Spanish MXGP rookie Jorge Prado has completed a double win in his home round of the 2020 world championship on a weekend where Red Bull KTM teammate Tom Vialle also won MX2.

It was a convincing result from the 19-year-old to claim his first premier class sweep, joined on the podium by Gajser and Febvre.

Gajser has a 24-point advantage in the standings ahead of Antonio Cairoli (Red Bull KTM), who was sixth overall on Sunday. Prado is current fourth in points. 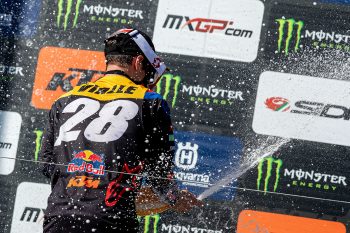 The MX2 standings continue to be controlled by red plate-holder Vialle, extending his lead to 52 points following 12 rounds.

Overall, Vialle stood atop the podium ahead of Geerts – who was fifth in moto one – and Olsen, despite him scoring seventh in the second outing. Beaton was sixth overall for the round due to a 10th in moto two after a first turn fall.

Next on the MXGP World Championship schedule will be a triple-header at Lommel in Belgium, the first of those three rounds set to take place this Sunday, 18 October. 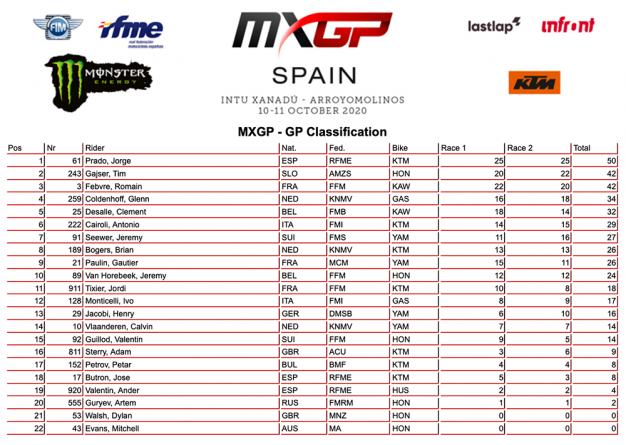 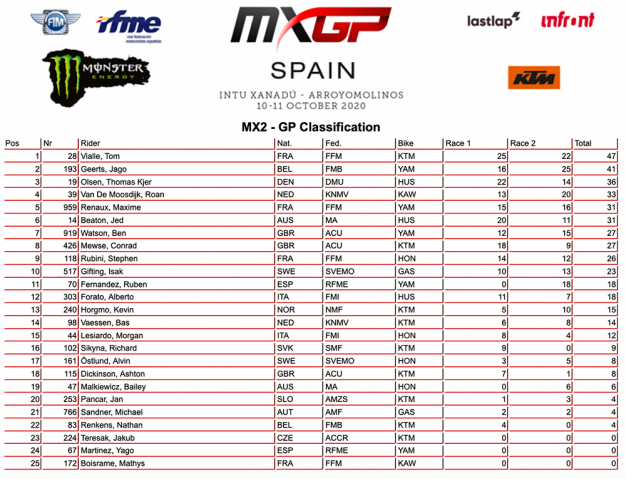