Stage is set for final round of the Pro Motocross championship.

In fourth on the charts to begin the round was Marvin Musquin (Red Bull KTM) and Zach Osborne (Rockstar Energy Husqvarna), who is in line to clinch his maiden premier class crown today.

Defending champion Eli Tomac (Monster Energy Kawasaki) was an uncharacteristic 11th, while out for today are Joey Savatgy (JGRMX Yoshimura Suzuki), Noren with a leg injury and also Barcia, still not 100 percent. 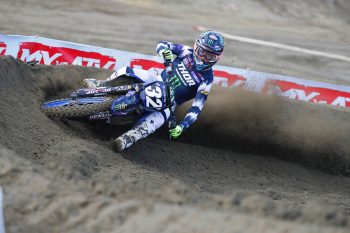 There were yet more injuries in the lower tier, with Hunter Lawrence (Geico Honda) ruled out after further injuring his shoulder and Alex Martin (JGRMX Yoshimura Suzuki) suffering a fractured lower leg during practice. 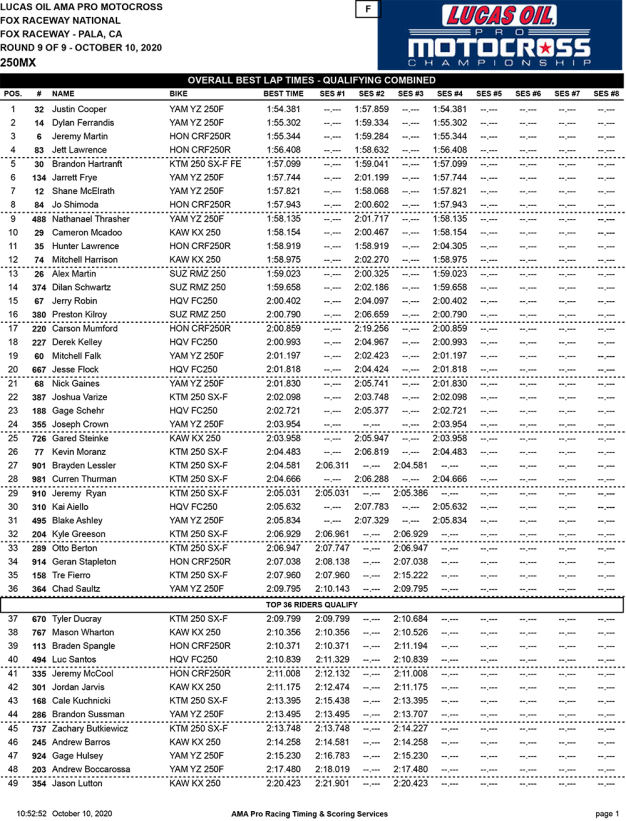