Lawrence won moto one in another career-first, then scored P2 in moto two for a breakout overall. Fifth was enough for Ferrandis to seal to title.

It’s been a remarkable final year aboard the YZ250F for French star Ferrandis, already defending the 250SX West crown in Monster Energy Supercross earlier this season and now adding his first outdoor championship to achieve the double.

Moto two was won by Jeremy Martin (Geico Honda), but it wasn’t enough, claiming second in the final point-standings as his Factory Connection-run team appears certain to be departing the sport after losing its title sponsor.

The opening 250MX moto was a thriller, with Geico Honda rookie Lawrence able to break through for his first moto win. The opening six laps were led by top qualifier Justin Cooper (Monster Energy Star Racing Yamaha) before Lawrence took charge, but it wasn’t over yet.

Red plate-holder Ferrandis and title rival Martin quickly closed on the leaders and, with just five laps to go, Ferrandis made his way into second and stalked Lawrence all the way to the end. It wasn’t to be though, the teenager remaining composed and forcing Ferrandis to wait until the final moto if he’s to clinch this year’s crown.

It was a commanding performance from Martin in the second 250MX moto to cap-off the season, winning by 18.337s, however, fifth was enough for Ferrandis to clinch his first outdoor crown and a runner-up result handed Lawrence the overall.

In a fairytale send-off for the departing Geico Honda team, Martin, Lawrence and Shimoda made it a Factory Connection 1-2-3 in the final encounter, followed by McElrath and Ferrandis. Sixth was another strong showing for Frye, followed by Hartranft, Mumford, Harrison and Nate Thrasher (Monster Energy Star Racing Yamaha).

Overall for the round it was Lawrence on the top step of the podium with Martin and Ferrandis, while in terms of the championship, Ferrandis ended 13 points clear of Martin, as McElrath claimed third and Lawrence climbed the order into P4. 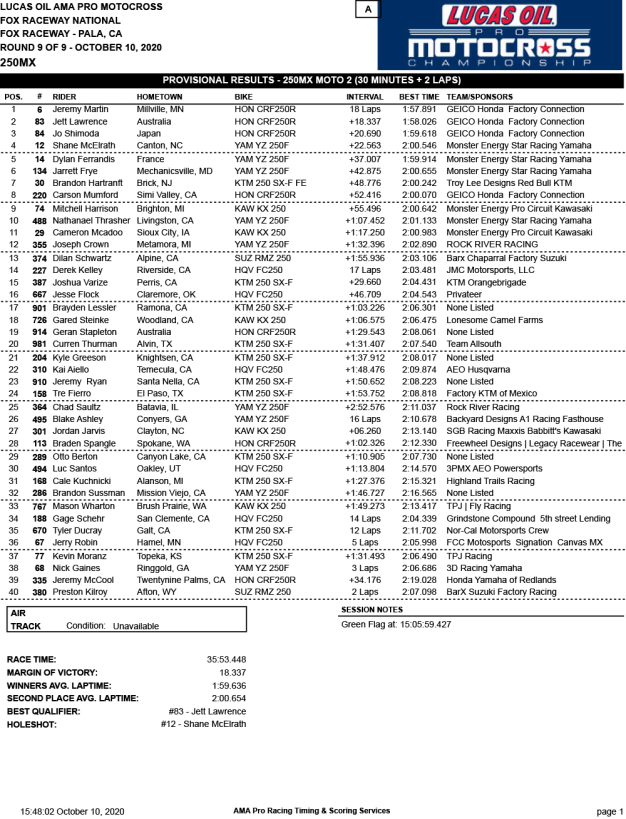 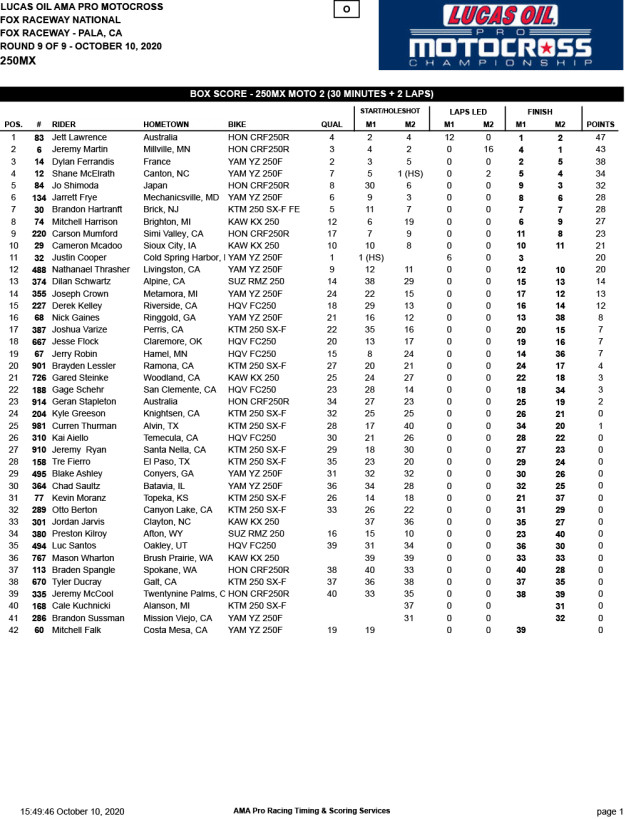 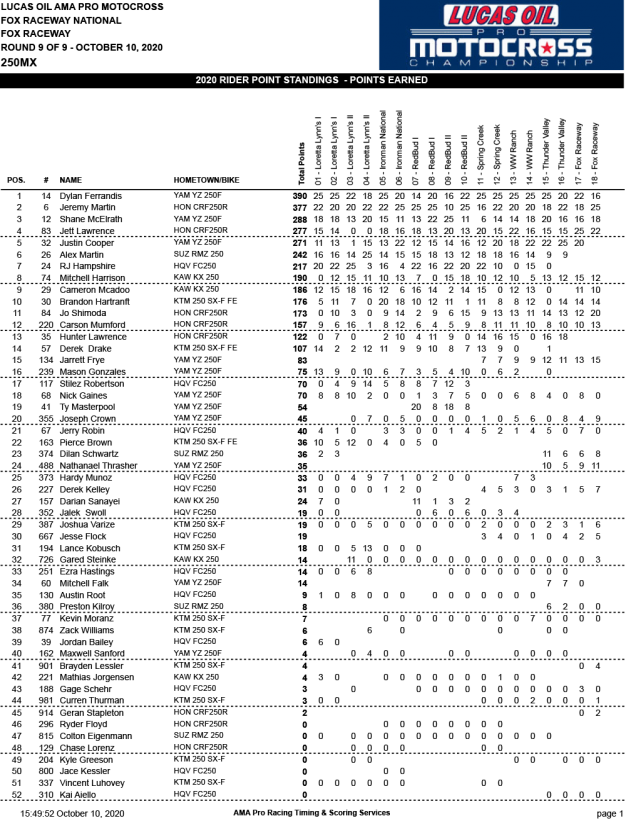