Game over this season for KTM's four-time world champion. 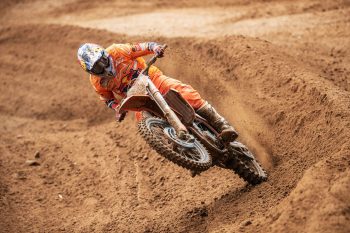 A troublesome foot injury will end the 2020 MXGP season for Jeffrey Herlings, who has opted to undergo surgery and looks to return at full strength next season.

Herlings has revealed that his recently-broken neck and back injuries are now completely healed, however, it is his foot that has become the primary cause of concern.

“I have decided to sit out the rest of the 2020 season,” announced Herlings. “All year I been struggling with a recent injury on my foot and I believe it’s the best solution to get this fixed before I jump back on the orange machine, so will have surgery on that next week.

“The recent crash happend because my foot came off as I had to put my foot differently on the footpeg as I always had pain and that’s why I went over the handlebars and crashed on my neck. On another note, the neck and back injury is fully healed.

“The last two years have been difficult, due to the foot I wasn’t able to perform at my best. I believe this can be fixed and that we will have bright years in front of us. For now I would like to thank all my sponsors and partners for believing in me and we will strike back in the future.”

Despite his ongoing foot issue, Red Bull KTM’s Herlings had led this year’s world championship standings prior to crashing out in the MXGP of Faenza in Italy one month ago, but hasn’t returned since.