First Kawasaki win for Febvre at MXGP of Mantova

Rockstar Energy Husqvarna's Olsen back atop MX2 podium on Wednesday. 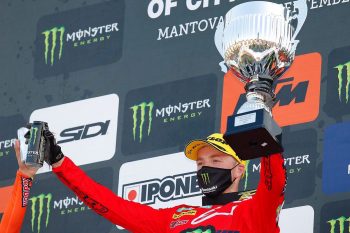 Former world champion Romain Febvre has taken his first win with Monster Energy Kawasaki at the Citta di Mantova round of the 2020 MXGP World Championship on Wednesday, as Thomas Kjer Olsen made his way back atop the MX2 podium.

Later, it was Febvre who won the second moto ahead of a resurgent Gautier Paulin (Monster Energy Yamaha) and championship leader Gajser, who now holds a five-point lead in the standings over Antonio Cairoli (Red Bull KTM). He was fourth overall at round 10. 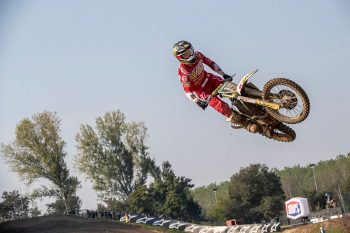 Winning the opening moto of the day in MX2 set Olsen up for his first overall of the year, claiming second in moto two in another strong performance prior to his premier class switch next year.

The MXGP World Championship will continue with the 11th round of the 2020 season this Sunday, 4 October, with the Grand Prix of Europe to again be held at the Italian-based Mantova circuit. 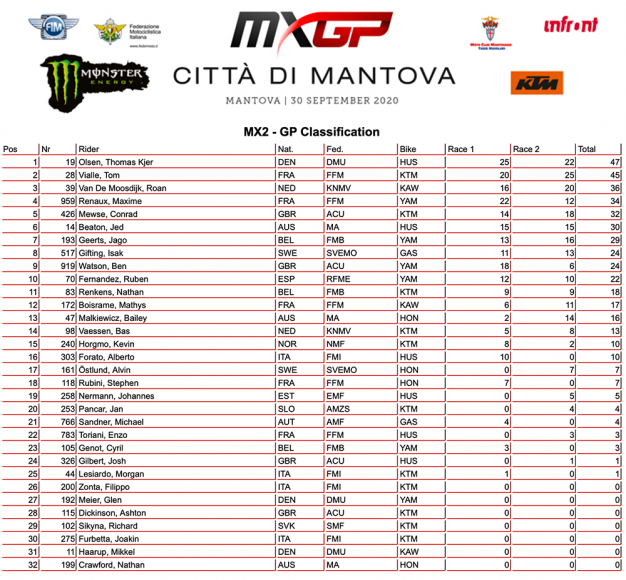