Current KTM team to enter both 450 and 250 classes with GasGas. 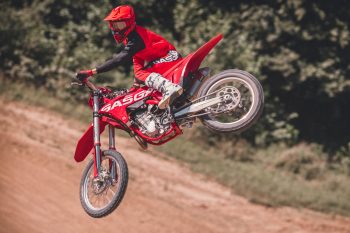 GasGas has confirmed that the Troy Lee Designs team will transfer from KTM to the GasGas brand from 2021, set to compete in both the 450 and 250 categories of Monster Energy Supercross and Lucas Oil Pro Motocross.

Already widely-reported, the news was made official today when the KTM Group introduced its range of all-new models from GasGas.

Troy Lee Designs first partnered with KTM ahead of the 2015 season as its 250 partner in the US, however, the Troy Lee Designs Red Bull GasGas Factory Racing Team will see an expansion into the premier class from next season. It’s understood KTM will field at least one 250 in-house.

“To further support the launch of our full range of off-road motorcycles, we’re thrilled to announce our plans to go racing in the US as we join forces with a hugely-respected name in the Supercross/motocross paddock,” a statement read.

“We’re super-pleased to announce the Troy Lee Designs Red Bull GasGas Factory Racing Team, which will contest the 2021 AMA Supercross and Pro Motocross Championships in the 250cc and 450cc divisions.”

While the rider line-up is yet to be announced, current Monster Energy Yamaha rider Justin Barcia has been linked to a single 450 seat in the new-look TLD team, which will also likely feature just two 250 riders in 2021.