Suzuki-mounted Martin goes to the top in 250 Class this morning.

Following a disappointing RedBud 2, Sexton rebounded by leading this morning at Spring Creek with a benchmark of 2m02.557s ahead of Adam Cianciarulo (Monster Energy Kawasaki). 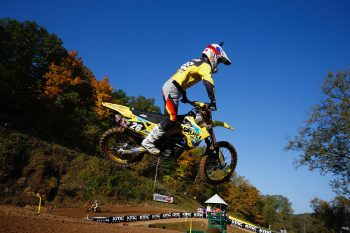 In 250MX, local standout Alex Martin continued his impressive run of form by setting the pace with a 2m03.021s, marginally ahead of Justin Cooper (Monster Energy Star Racing Yamaha).

On his professional outdoor debut this weekend with Monster Energy Star Racing Yamaha, Jarrett Frye made an early impression with seventh position in qualifying behind teammate Shane McElrath. 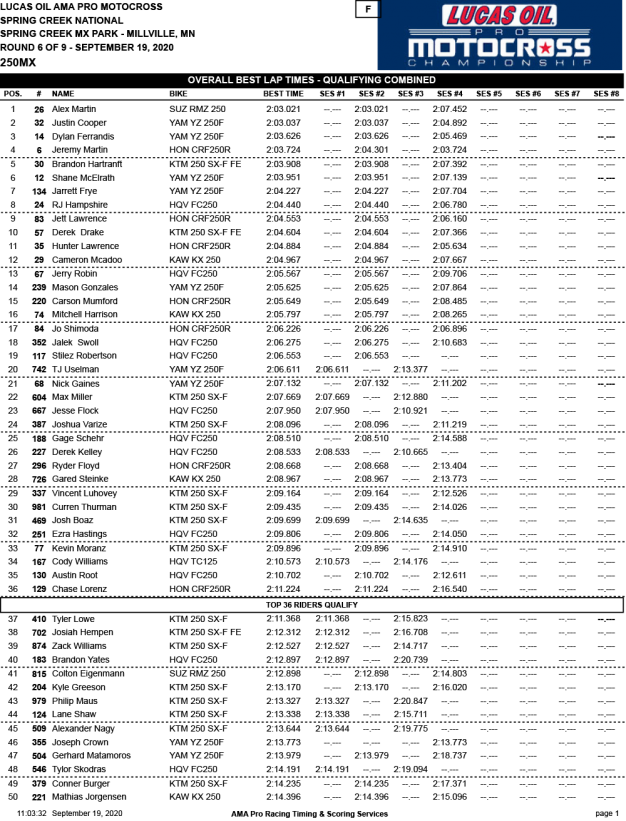