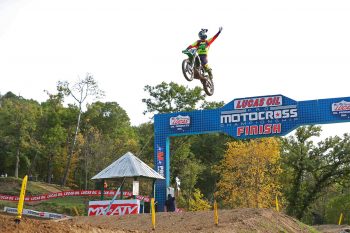 Rookie Adam Cianciarulo has made it back-to-back round wins in the 2020 Lucas Oil Pro Motocross Championship after rising to the occasion for a clean-sweep at Spring Creek to close in on the points-lead.

450MX moto one went down to the wire between Adam Cianciarulo (Monster Energy Kawasaki) and Blake Baggett (Rocky Mountain ATV/MC KTM WPS), but it was Cianciarulo who held on by just 1.758s across the line.

Cianciarulo jumped out front early and maintained his composure despite pressure, firstly from Marvin Musquin (Red Bull KTM) and then from Baggett towards the end. A stall from Musquin while in P2 saw him drop to third, but comfortably ahead of points-leader Zach Osborne (Rockstar Energy Husqvarna) in fourth.

The race for the 450 Class crown tightened in a dramatic second moto at Millville, as Cianciarulo rode to his first-career double, while both Osborne and Musquin struck troubles. Osborne rode with a flat front tire for much of the moto to finish 16th and Musquin was left down in 10th after going down in the closing laps.

Out front, there was no stopping Cianciarulo as he led from the outset and went on to win by 2.760s from Baggett, with Sexton third.

Next were Barcia and Tomac, with Craig, Savatgy, Anstie, Fredrik Noren (JGRMX Yoshimura Suzuki) and Musquin the top 10. A major crash saw Broc Tickle (Monster Energy Yamaha) ruled out, but appeared to be uninjured in the incident.

Overall, Cianciarulo made it two in a row over Baggett and the consistent Barcia, while in the points, Osborne – 10th overall today – has a 15-point buffer over Cianciarulo and Musquin in a further five points in arrears.

The 2020 Lucas Oil Pro Motocross Championship will continue with round seven at WW Motocross Park in Jacksonville, Florida, next Saturday, 26 September. 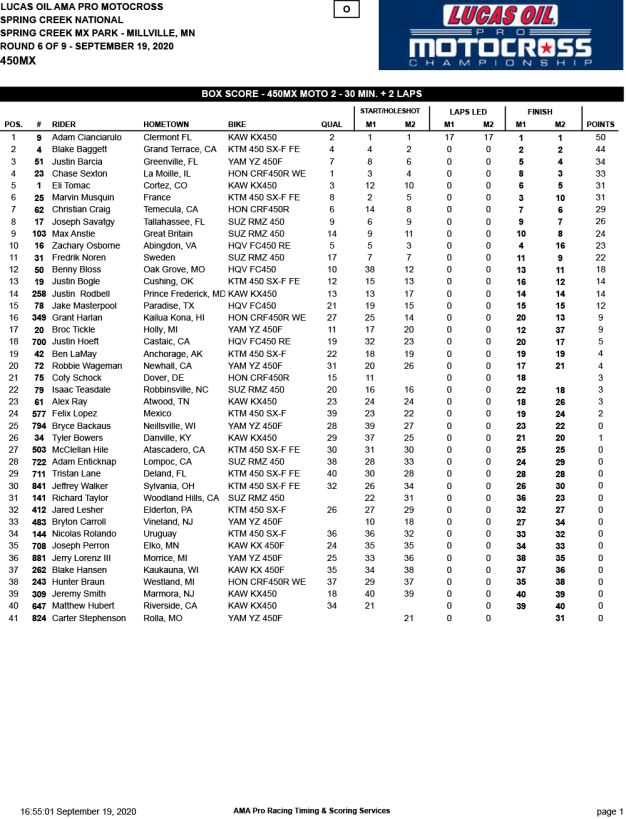