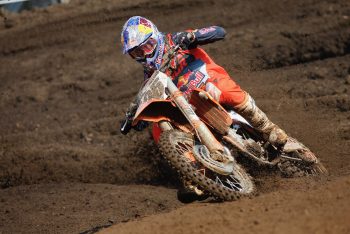 Red Bull KTM’s Marvin Musquin has established himself as the man to beat at the second of the RedBud Nationals, after locking in the fastest time in qualifying today.

Musquin, who currently sits second in the 450MX title hunt, was the only rider to dip into the 2:03s, and was rewarded with the number-one gate pick. 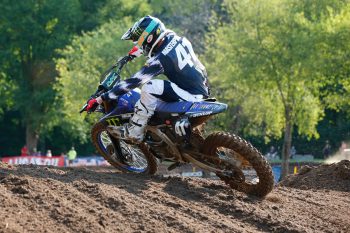 In the 250MX class, the Monster Energy Star Racing Yamaha squad enjoyed a perfect showing as Ty Masterpool led the rest of his teammates to the top four fastest qualifying spots.

Masterpool’s 2:06.510 in the first session proved to be a flyer, and was half a second clear of Frenchman Dylan Ferrandis, with Justin Cooper and Shane McElrath following him across the line.

The best of the non-Star Yamaha racers was Monster Energy Pro Circuit Kawasaki’s Mitchell Harrison, who rounded out the top five.

Current points’ leader Jeremy Martin (Geico Honda), was seemingly off the pace in qualifying, with a 10-fastest time. 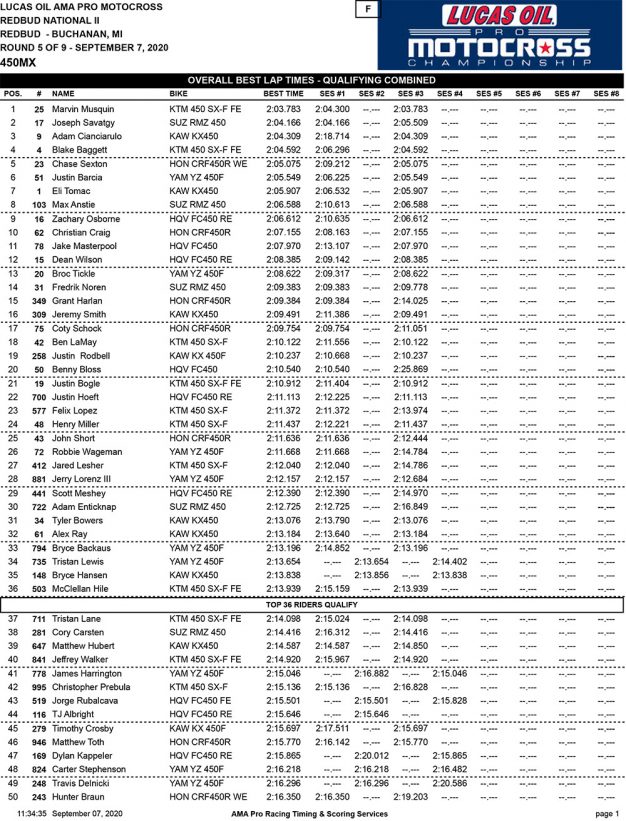 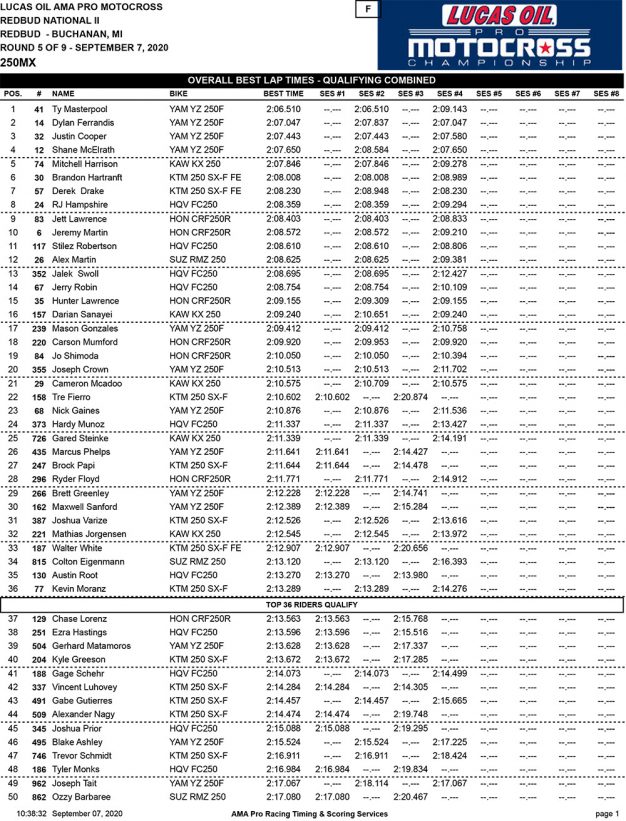