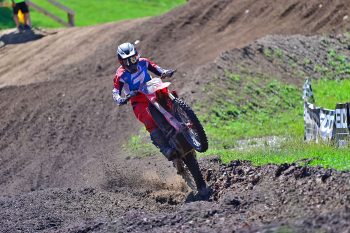 The opening moto of 250MX was won by Martin as he collected his second in a row, following on from Ironman a week ago, working his way into the lead on lap 10.

He would go on to win by 4.843s over RJ Hampshire (Rockstar Energy Husqvarna) and Ty Masterpool (Monster Energy Star Racing Yamaha), who led more than half of the moto after pulling the holeshot.

Ferrandis went down on the opening lap, again forced into damage limitation mode by charging back up the order to seventh at the conclusion of the moto.

Making it a 1-1 for his second round win in a row, Martin increased the pressure on Ferrandis in the race for this championship by taking the red plates in the process. Martin stalked McElrath through the opening portion of the race before striking just prior to halfway and then going on to win by 4.815s, with Ferrandis charging to third.

The latter climbed through the order to steal a podium from a gritty Alex Martin on the final lap, followed by Hampshire, Cooper, McAdoo, Jett Lawrence, Brandon Hartranft (TLD Red Bull KTM) and Hunter Lawrence (Geico Honda) in a season-best result.

Overall, Jeremy Martin stood atop the podium from Hampshire and McElrath, with Martin now leading the standings by 12 points ahead of Ferrandis – P4 today – entering round five of the 2020 championship at RedBud 2 on Monday, 7 September. 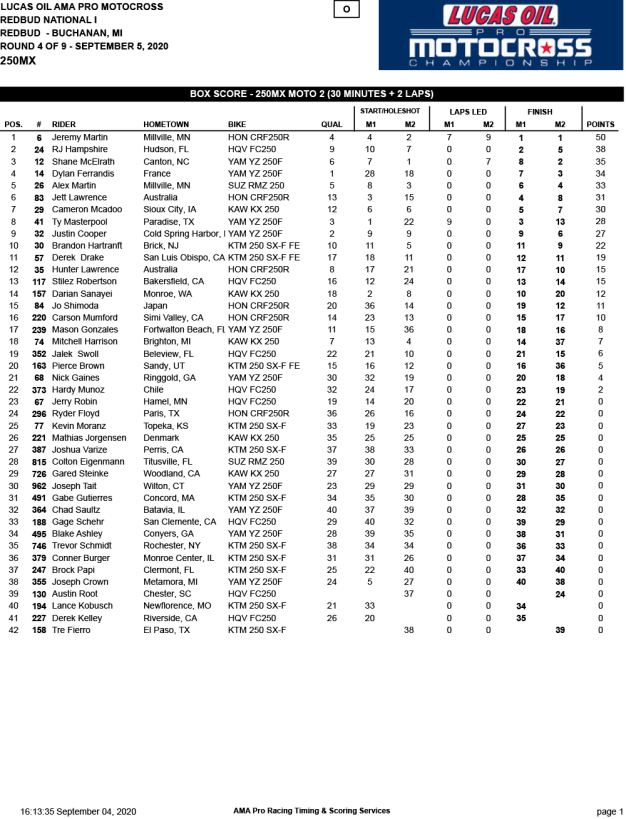