Preparation and recovery according to Osborne, Tomac, Barcia and Musquin.

A first-ever double-header will take place in Lucas Oil Pro Motocross this weekend at RedBud, which will play host to round four on Friday and round five on Monday. That’s four 30-minute motos per class over the space of four days, plus the usual practice sessions that make up a race weekend. A group of top 450MX contenders recently spoke about the challenges of going back-to-back outdoors. 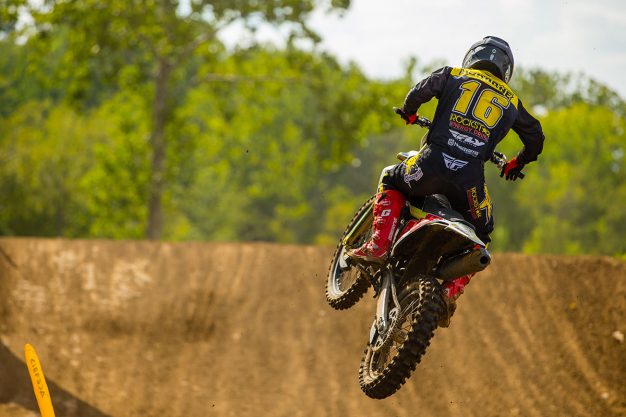 Zach Osborne (Rockstar Energy Husqvarna):
I think it’s kind of going to be the tale of the tape for the rest of the season. It’s going to be really tough to be some sort of recovered for Monday. The RedBud track is pretty gnarly, pretty demanding, so it’s going to be all about staying low-key and just chilling that Saturday and Sunday and trying to be as good as you can be for Monday and go out there and give your all. I think they’re going to be really pivotal rounds for me, where I need to show up guns blazing and go out there and do the job. This week we’re going to [ride] Monday/Tuesday, just to be as fresh as we can, Wednesday and Thursday off and then race Friday, [take] Saturday and Sunday off and race Monday.

Eli Tomac (Monster Energy Kawasaki):
It can go either way, who knows. The only similar thing that we have done is the Salt Lake deal, so at least we’ve been somewhere and had to stay there for two races. It’s going to be tough, having double-header outdoor nationals with, what is that, we only have two days between the two. It’s going to be hard, the second round will be tough on everyone. 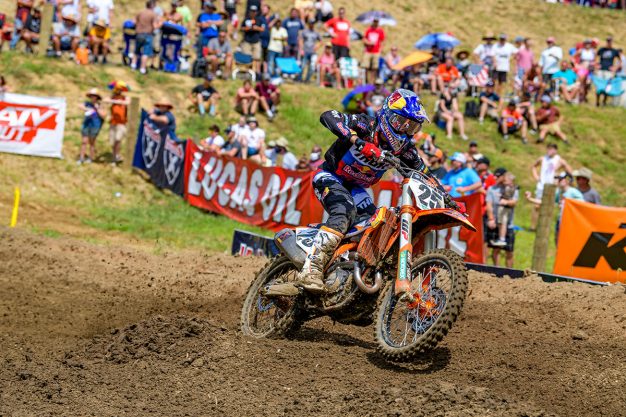 Marvin Musquin (Red Bull KTM):
That’s how the schedule is and we’ll do everything to recover and be ready to battle and try to be as competitive as possible. I’m excited to race two rounds like that back-to-back and with only two days in-between. We’ll be out there… I’m lucky to have a motorhome at the track, so we’ll just hang out with the team and then recover in-between.

Justin Barcia (Monster Energy Yamaha):
I’ll definitely fly in a day early, get my little bike ride in, race hard and then we’ve got two days to recover. I’ll do some spinning out on the bicycle again… there’s a fine line between if you sit there and let your body lock up, you also need to recover, so definitely try and keep the body moving and recover as well. Back-to-back races, it’s definitely going to be tough. I know that we did the work in between series, not that we had much time, but all the training we put in, that’s kind of what we go up against right now coming into races, trying to be as strong as we can. I think it’ll be fun, I’ll be staying up there in my motorhome, it’s nice to have that there and definitely looking forward to it. After this weekend, I’m just super-excited to go racing.