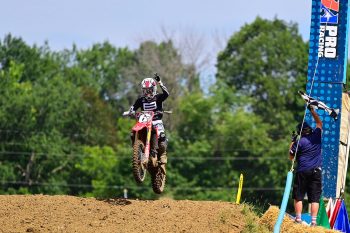 In moto one, a rare hole-shot saw Ferrandis lead from the outset and, from there, he was the dominant force, powering away to a 26.032s victory ahead of LL2 winner Martin.

There was carnage at the beginning of 250MX moto one as Ferrandis was involved in a first turn pile-up, which also saw McElrath and McAdoo go down.

Starting from the rear of the pack, Ferrandis sliced his way to third by race’s end, but it was moto winner Jeremy Martin who earned back-to-back round victories via his 2-1 scorecard.

Hunter Lawrence improved for 11th this time out, as McAdoo could only climb to 15th and problems caused Hampshire to finish 17th. Overall, Martin stood on top of the podium from Ferrandis, with Hartranft completing the top three.

The 2020 Lucas Oil Pro Motocross Championship will now travel to RedBud for the series’ first-ever double-header, round four scheduled for this Friday, 4 September, backed up by round five on Monday, 7 September. 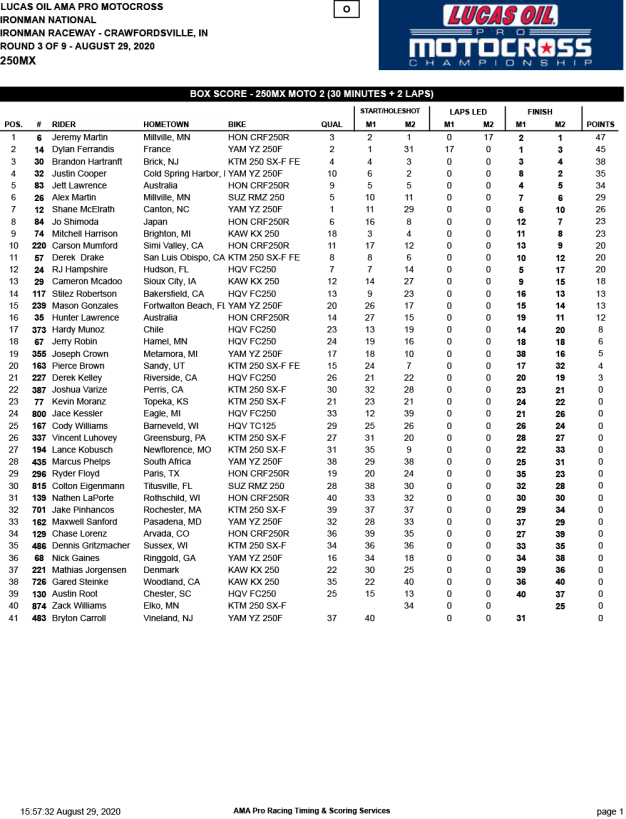