First moto win in a full year achieved by Musquin in opening encounter. 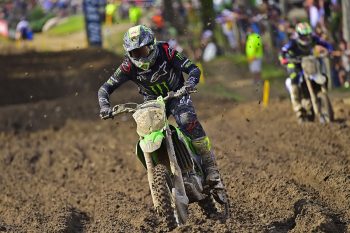 Moto one was all about Marvin Musquin (Red Bull KTM) as he rode to his first win of the year, remaining composed despite pressure from Tomac throughout.

A clash between points-leader Osborne and a lapped rider saw him drop behind Cianciarulo and Sexton, making another error soon afterwards and eventually finishing P7.

Up front, Musquin managed to hold on for the win over Tomac, who in turn was comfortably ahead of Cianciarulo and Sexton in battle, while Blake Baggett (Rocky Mountain ATV/MC KTM WPS) completed the top five.

A thrilling second 450MX moto saw Tomac rebound to capture his first win of the year, clinching him the overall in the process after fending off Barcia in the closing laps.

It was Osborne who took the hole-shot until Cianciarulo made a move soon afterwards and led all the way until within the final seven minutes when Tomac struck. Barcia soon followed him through and maintained pressure, but the difference remained at 1.103s at the finish despite a late charge.

Third was Osborne after Cianciarulo dropped from first to fourth, while Sexton ended up right there in fifth. Opening moto winner Musquin could only manage P6 this time out, joined in the top 10 by Baggett, Wilson, Savatgy and Tickle.

Anstie went down mid-moto and appeared injured, while Anderson didn’t line-up in race two due to pain in his previously-broken arm. Overall, Tomac won the round from Musquin and Cianciarulo. In the standings, Osborne leads, 13 points ahead of Musquin.

The 2020 Lucas Oil Pro Motocross Championship will now travel to RedBud for the series’ first-ever double-header, round four scheduled for this Friday, 4 September, backed up by round five on Monday, 7 September. 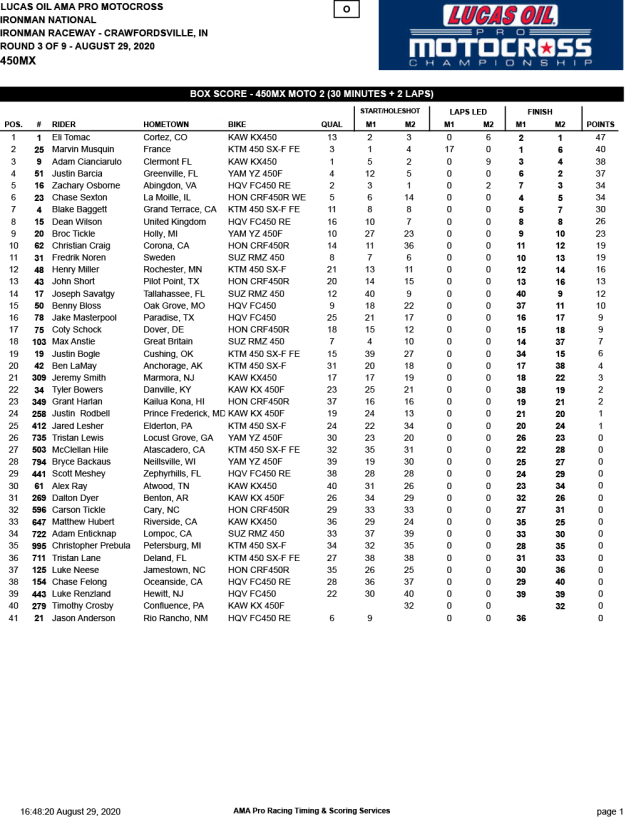