250MX newcomer to sit out round two of the outdoor season. 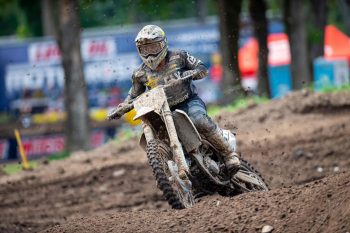 Swoll, 19, was involved in an incident during moto one at the first round, remounting to finish in 21st position, but then sitting out the final moto that afternoon.

“We are disappointed that Jalek won’t be able to line up this weekend and are hopeful that he will return to racing soon,” commented Rockstar Energy Husqvarna Factory Racing’s Stephen Westfall. It isn’t clear when he will be fit to line-up again.

Swoll made his professional debut at Unadilla last season, going 22-19 for 23rd overall after earning the Nicky Hayden Horizon Award at Loretta Lynn’s. However, his season was cut short following that due to a groin injury.