Wednesday rise sees Cairoli back on top in MXGP of Riga

Geerts completes first double in MX2 to close in on points-lead. 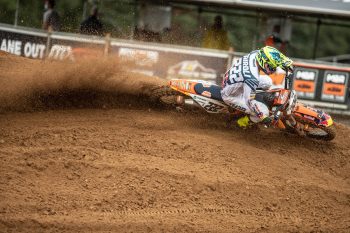 Red Bull KTM’s Antonio Cairoli stood back atop the MXGP World Championship podium on Wednesday in the GP of Riga, as Jago Geerts claimed a spectacular double in MX2.

The second outing – drama-packed much like the first – saw a late error of Herlings that also caused Cairoli to go down allow pole-setter Arminas Jasikonis (Rockstar Energy Husqvarna), placing him fourth overall.

Second in the moto was Jeremy Seewer (Monster Energy Yamaha) ahead of Herlings and Cairoli once they remounted, handing Cairoli his first overall in over a year from Seewer and Herlings. 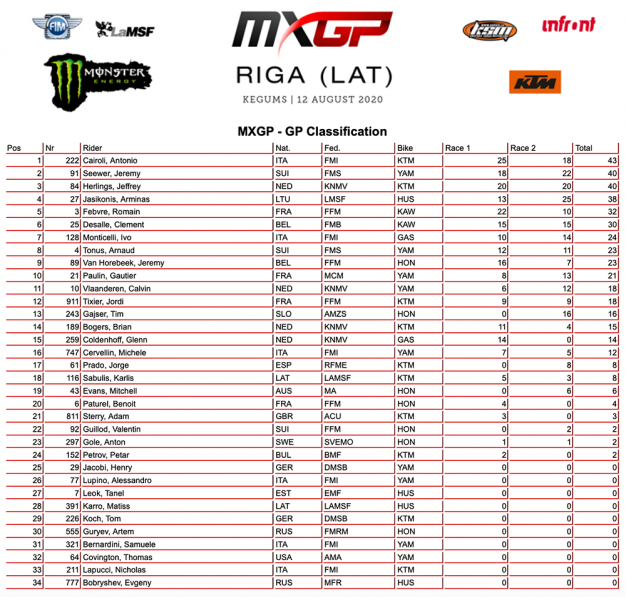