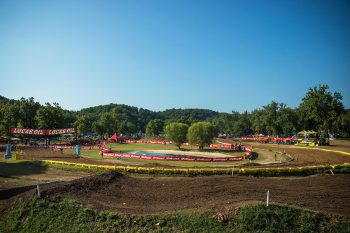 Returning to Loretta Lynn’s will come as an interesting prospect for reigning Lucas Oil Pro Motocross champion Eli Tomac, who will open his 450 Class title defence at the famed ranch when the 2020 season begins next month.

Tomac captured eight AMA Amateur National Motocross Championship titles at Loretta Lynn’s prior to his winning professional debut at Hangtown in 2010, many of which came against his current professional-level rivals.

It was revealed at the beginning of June that Pro Motocross would be making its first-ever start at Loretta Lynn’s, which then became the opening round as part of the revised nine-round schedule announced last week. The tight layout will make for an intriguing season-opener on 15 August.

“Loretta’s is going to be super-interesting,” Tomac said. “No-one’s been there. I feel like, for so many years, we go back to these same tracks and you already feel like you’re on in the first practice because you’ve been back to the place over and over and over again. A lot of times they don’t change much.

“I’m actually looking forward to that because it’s a new place for us. I think it’s going to be a tight race track, so hopefully they make room for us, for sure. You don’t know what you’re going to get because it’s a pretty jumpy track, too, so that will be interesting to see what kind of obstacles they have there and what they do with that. It’s a pretty busy track, that way.”

This year’s 39th running of the Monster Energy AMA Amateur National Motocross Championship will take place between 3-8 August, featuring 36 classes of competition that will conclude one week before the Pro Motocross round in Hurricane Mills, Tennessee.