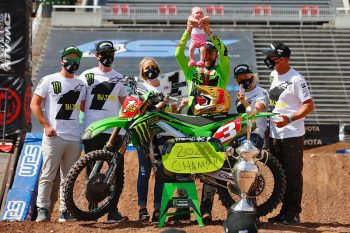 Tomac was calculated on his way to fifth position in the main event, sealing the title in convincing fashion on a day of firsts.

It was a Rockstar Energy Husqvarna podium-sweep led by Osborne, 3.063s ahead of longtime leader Jason Anderson, whose seat came off in the closing laps right when he had stretched an advantage over the eventual winner. Teammate Dean Wilson completed the top three.

The top 10 was completed by Ken Roczen (Team Honda HRC), who went down while challenging for the lead on lap one, Cooper Webb (Red Bull KTM), Justin Hill (Smartop Bullfrog Spas Honda) and Australian legend Chad Reed (Mountain Motorsports CR22 Racing KTM) as he earned a season-best finish to end his full-time career.

Last year’s champion Webb had his hopes fade in the first turn when he went down, never properly recovering from there as he was forced to settle for eighth in dry, slick conditions.

The final 2020 Monster Energy Supercross standings saw Tomac crowned, 25 points ahead of outgoing champion Webb, with Roczen a further five points back to round out the top three overall. 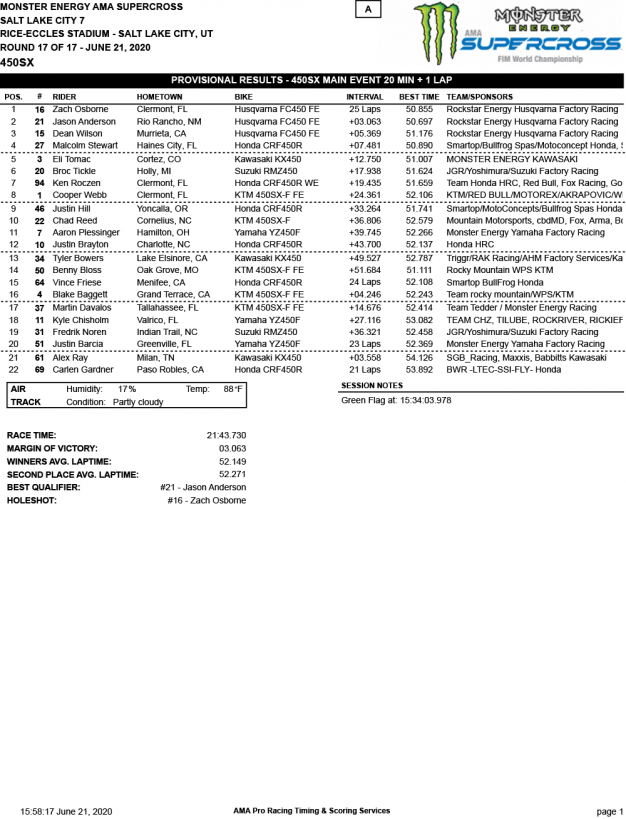