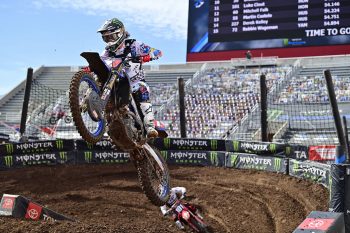 Monster Energy Star Yamahas’s Ferrandis was fastest of 250SX West with a 48.346s, which was the best of all by a considerable margin.

McElrath – who trails Sexton by six points in the standings – was involved in a heavy crash at the start of the second session, squeezed by Sexton and rookie Pierce Brown (TLD Red Bull KTM), which saw both McElrath and Brown go down. The latter wound up 11th on the charts. 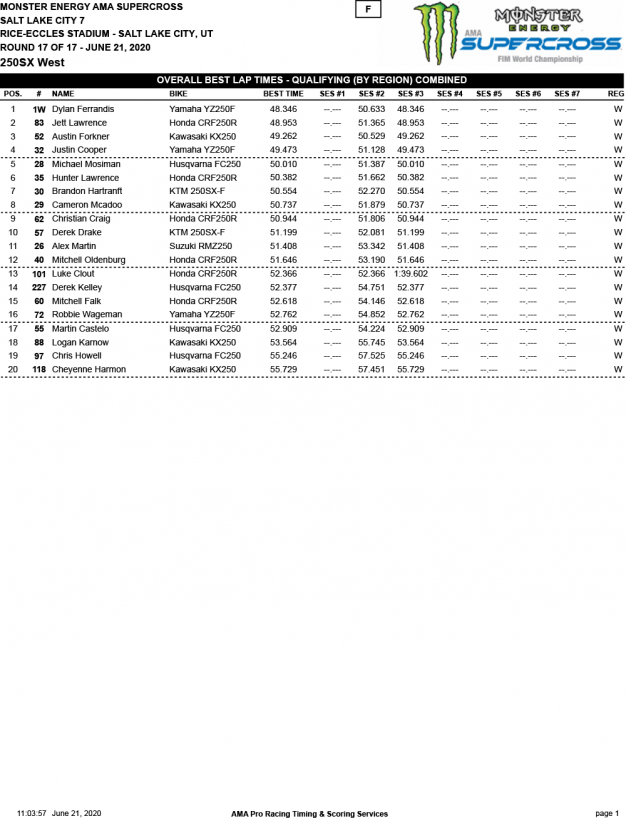 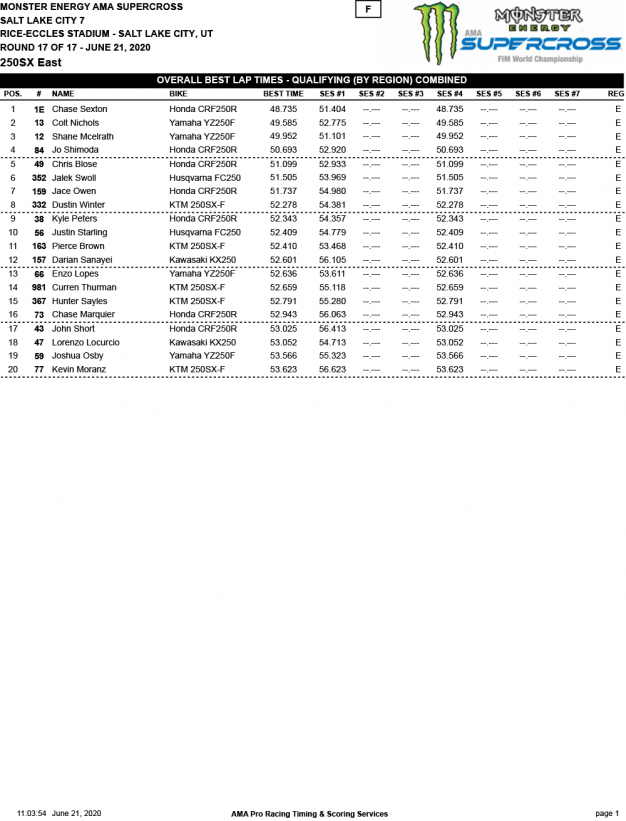