Salt Lake City 6 another classic in penultimate round of Supercross. 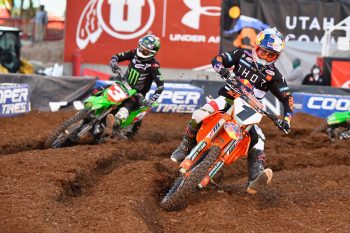 The 2020 Monster Energy Supercross championship will go down to the wire this weekend after Cooper Webb withstood Eli Tomac to take victory on Wednesday in Salt Lake City.

Tomac needed to defeat Webb and Ken Roczen (Team Honda HRC) today in order to seal the title with a round to spare, but Red Bull KTM’s Webb proved too tough.

Incredibly, Tomac went through the first turn in last position, made his way to 12th by the end of the opening lap and then charged forward from there to the runner-up result, falling just short of the win by 2.214s.

Webb made a move on longtime leader Osborne – who made a mistake in the process – with three minutes remaining and Tomac followed him straight through, setting up the face-off between the duo in the closing laps. But Webb held on and, as a result, he kept his 450SX defence alive.

In the end, behind Webb and Tomac came Osborne as he scored his third podium at Rice-Eccles Stadium in six races, keeping Roczen at bay and with top-qualifier Anderson finishing fifth.

Entering the 17th and final round of the 2020 Monster Energy Supercross, an FIM World Championship, series on Sunday, Tomac has a 24-point advantage in the standings and will need just two points to clinch the crown regardless of where Webb finishes. 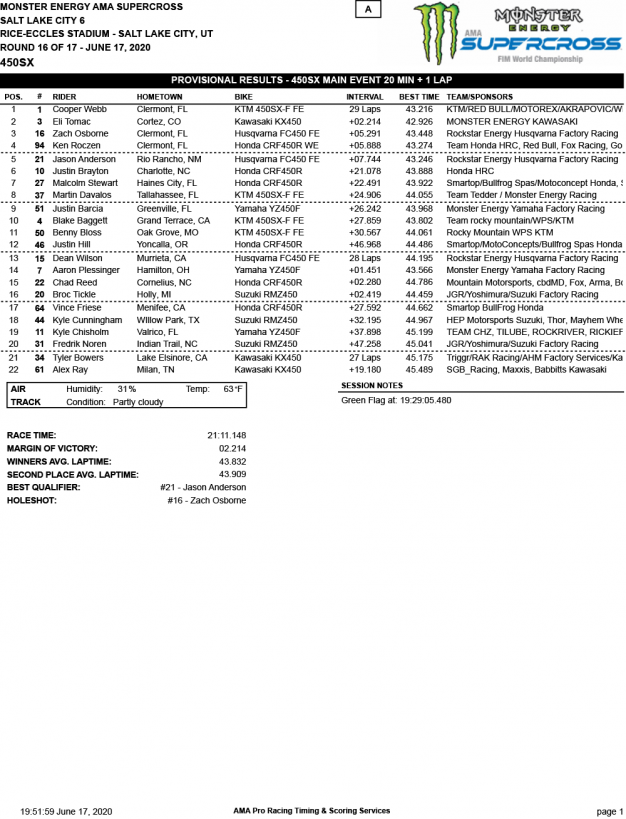