There was no denying Chase Sexton a fourth victory in the 2020 Monster Energy Supercross championship, taking him another step closer to defending his 250SX East title.

It was a convincing ride from the Geico Honda rider, sprinting away to a 3.427s advantage over McElrath, who had no answers in Salt Lake City 6 tonight. Completing the top three was Colt Nichols (Monster Energy Star Yamaha).

Finishing fourth was rookie Pierce Brown (TLD Red Bull KTM), who was in podium position until Nichols moved by, and the top five was filled by another newcomer in Jo Shimoda (Geico Honda).

Sexton will carry a six-point lead over McElrath entering this Sunday’s 250SX Showdown round at Rice-Eccles Stadium, the final round of the 2020 Monster Energy Supercross championship. 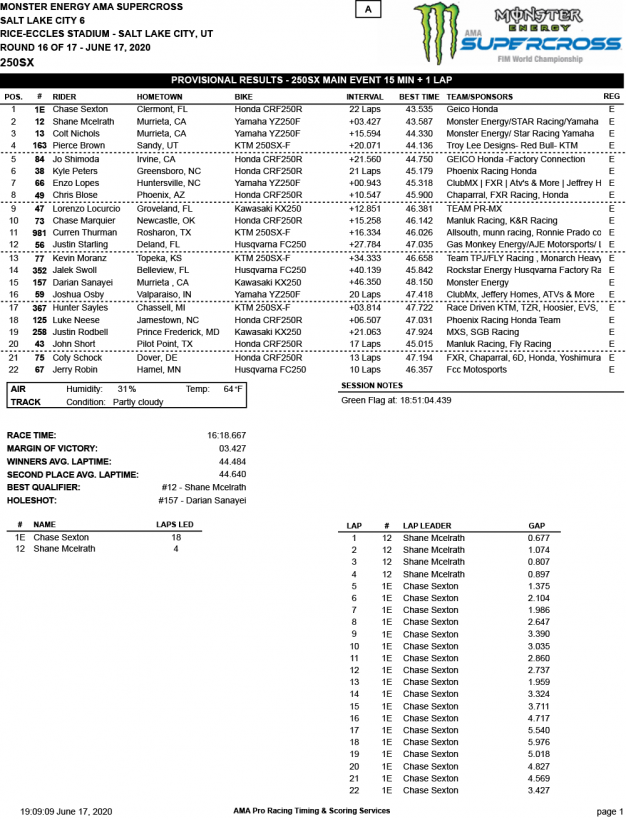