450SX qualifying topped by Tomac this afternoon in Utah Championship leaders Eli Tomac and Dylan Ferrandis set the benchmark in qualifying this afternoon at round 15 of Monster Energy Supercross in Utah. 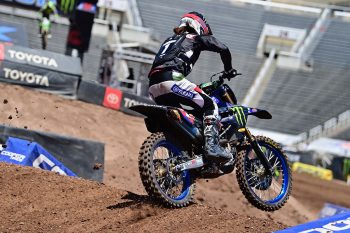 In 250SX West, the lap-time of 43.890s set by Monster Energy Star Yamaha’s Ferrandis in session one was the quickest of all.

It was teenage rookie Jett Lawrence (Geico Honda) who led the way in the final session, which placed him second overall ahead of experienced teammate Christian Craig. 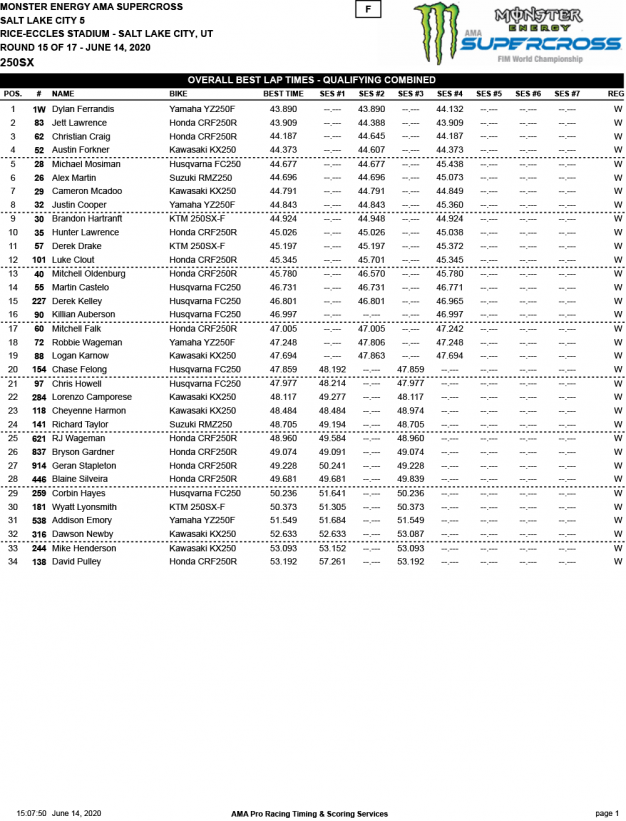