WW Motocross Park to host round two of Pro Motocross 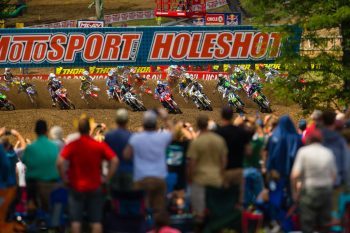 The second round of 2020 Lucas Oil Pro Motocross has been confirmed for WW Motocross Park in Jacksonville, Florida, next month.

It was already announced that the opener will take place at Ironman Raceway in Indiana on 18 July, with the WW Ranch National taking place on 25 July.

Spectators will be welcome trackside at the opening rounds – the remainder of the schedule remains to be determined – and that decision comes following considerable communication between race organizers, local government and local health officials.

“While all of our championship venues have been permitted to reopen for recreational use, there are still varying state by state regulations that prevent many of them from allowing spectators at an organized sporting event,” said Roy Janson, MX Sports Pro Racing competition director.

“As a result, the 2020 Lucas Oil Pro Motocross Championship schedule will be rolled out in phases as additional venues are given the green light to welcome fans.

“Each event organizer is in constant contact with their local government and health officials in order to ensure that a fan-attended event adheres to all health and safety measures implemented by the county. We’re confident that approach will allow us to have a proper championship calendar that allows for the return of spectators.”

In addition to receiving title sponsorship from Circle K, the opening round from Ironman Raceway will also feature live network television coverage on NBC, serving as the first of three events that will be aired on the flagship network in 2020, bringing Pro Motocross into millions of homes across the country.

Both the Ironman National and WW Ranch National, along with each remaining round on the schedule, will be hosted in compliance with social distancing guidelines that have been established with local officials.

The season-opening Circle K Ironman National will be held on 18 July, followed by the WW Ranch National in Jacksonville, Florida, on 25 July. It’s expected the series will conclude at Fox Raceway in California on 10 October.