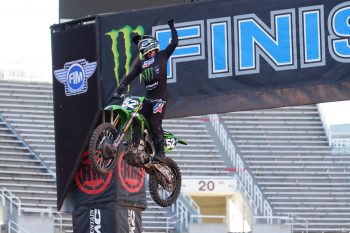 The Monster Energy Kawasaki rider climbed to second in the standings with two rounds remaining, now within 10 points of the lead.

Forkner was able to get out front early and maintain the lead from there, keeping red plate-holder Dylan Ferrandis (Monster Energy Star Racing Yamaha) at bay to win by 3.109s. Completing the podium was Forkner’s teammate Cameron McAdoo.

It was an important result for McAdoo as, although he wasn’t able to fend off Ferrandis, his finish took points away from top qualifier Justin Cooper (Monster Energy Star Racing Yamaha), who is now third in the points.

Returning for his first appearance since Anaheim 2, Geico Honda’s Jett Lawrence ran inside the top five early, but a fall demoted him to an 11th-place result. Elder brother and teammate Hunter endured a trying debut, qualifying via a win in the LCQ but going down on lap one of the final. He ended up 13th.

The 250SX West championship will continue with its penultimate round this Sunday, 14 June, with Ferrandis looking to set up back-to-back crowns in the final stages of the season. 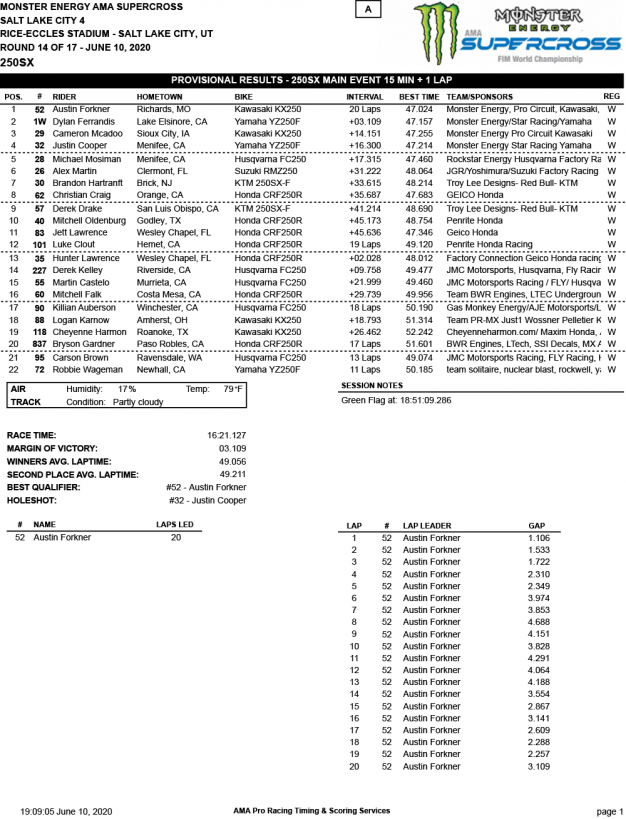