McElrath continues form to lead the way once again in 250SX East. It’s been an impressive day so far for 2018 champion Anderson, narrowly missing P1, and behind the two at the front was red plate-holder Eli Tomac (Monster Energy Kawasaki). Fourth was Dean Wilson (Rockstar Energy Husqvarna), the final rider in the 44s.

The mixture of riders at the front meant title challengers Ken Roczen (Team Honda HRC) and Cooper Webb (Red Bull KTM) were fifth and sixth respectively on a track that is more technical than that raced in round 11. Today’s race will also be held into the evening.

After attempting to ride earlier in the afternoon, Adam Cianciarulo (Monster Energy Kawasaki) opted to sit out the second qualifying session and won’t compete tonight. 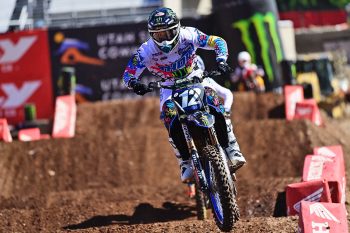 It was Sunday’s winner McElrath who continued his form in 250SX East with Monster Energy Star Racing Yamaha, stopping the clocks at 44.972s.

McElrath was the lone rider beneath the 45s, over half a second clear of championship leader Chase Sexton (Geico Honda), with his teammate Jeremy Martin completing the top three. 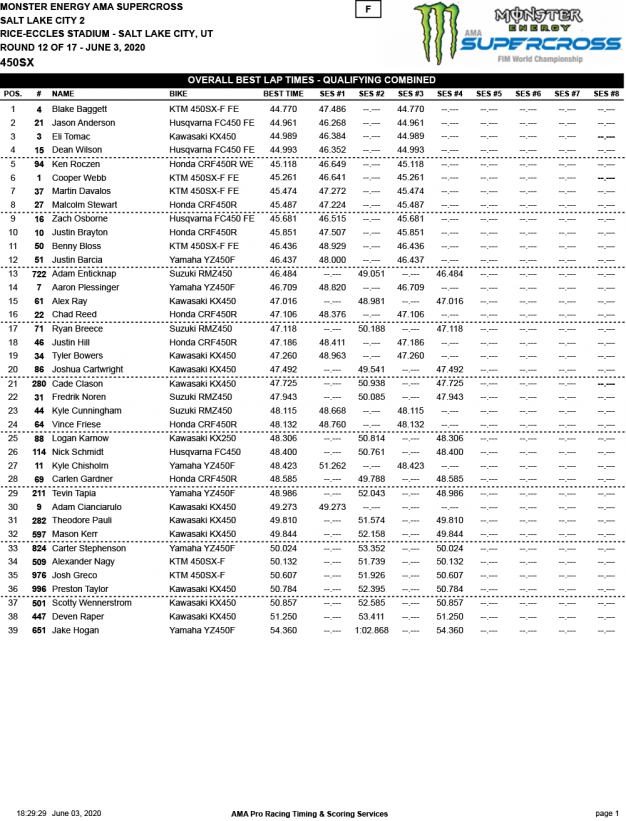 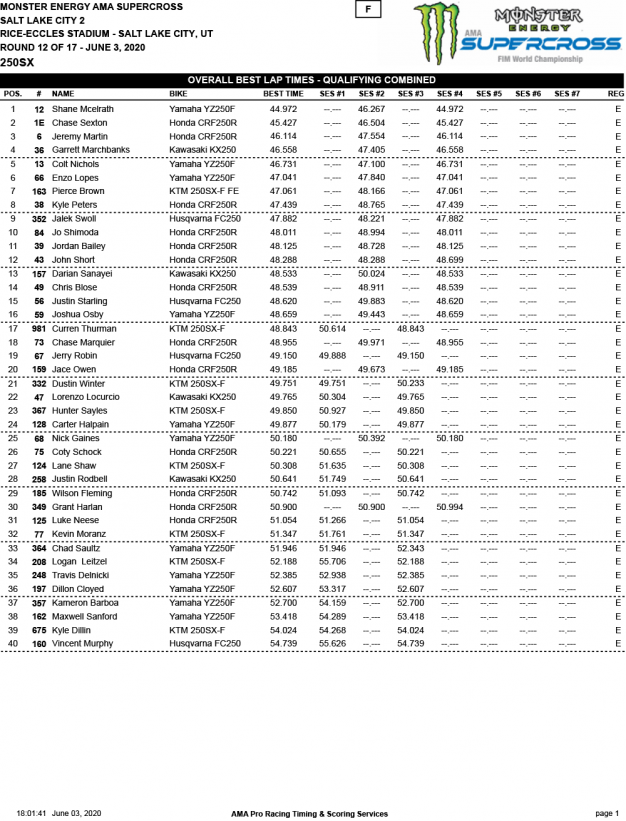