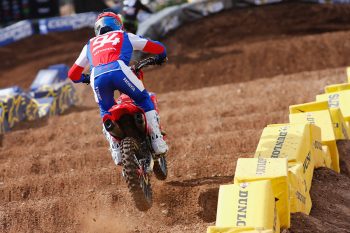 Monster Energy Supercross is back and it was Team Honda HRC’s Ken Roczen who qualified quickest in 450SX as Shane McElrath led the way in 250SX East at Rice–Eccles Stadium this morning.

Round 11 sees the 2020 season resume in Salt Lake City today and it was a late lap from Roczen that saw him go to the top of the time-sheets.

It appeared points-leader Eli Tomac (Monster Energy Kawasaki) was going to strike the first blow in P1 until Roczen’s flyer of 41.666s, just 0.067s quicker than his title rival. Only three points separate the duo entering this final stretch of the series.

In third position after missing much of the session with a damaged front wheel was Adam Cianciarulo (Monster Energy Kawasaki), back from injury and being the final rider in the 41s. He edged defending champion Cooper Webb (Red Bull KTM), who in turn was followed by Dean Wilson (Rockstar Energy Husqvarna).

Notably down the order was Justin Barcia, the Monster Energy Yamaha rider who currently sits fourth in the point-standings qualifying in a lowly 15th position, however only 1.2s from Roczen at the front.

In 250SX East it was Monster Energy Star Racing Yamaha’s McElrath who topped the combined times, his 42.173s four-tenths clear of red plate-holder Chase Sexton (Geico Honda), who went down during the final session. 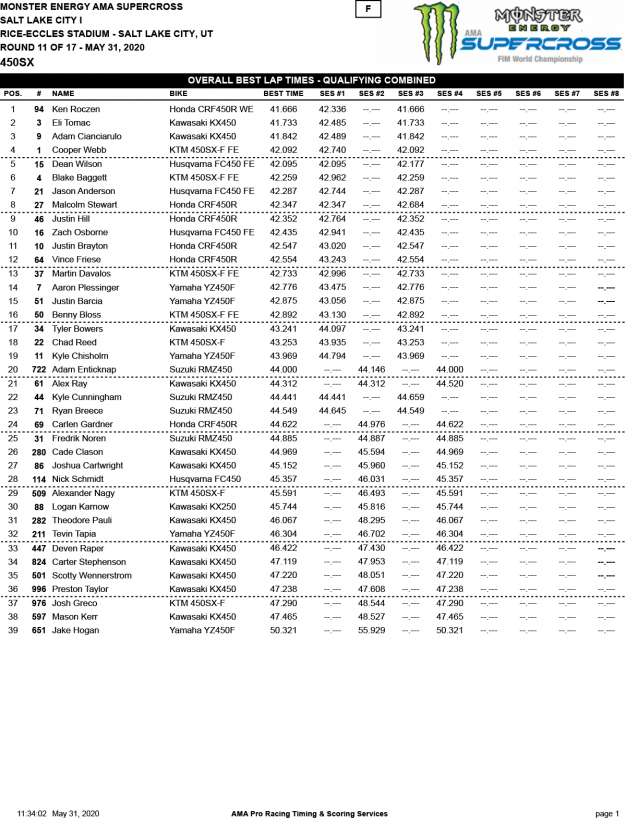