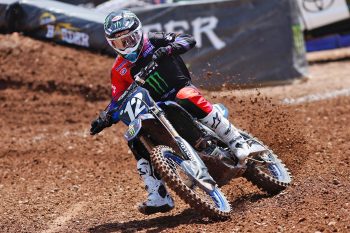 The result has enabled McElrath to close to within seven points of defending champion Chase Sexton (Geico Honda), both now having two wins apiece so far.

Behind them to complete the podium was Daytona winner Garrett Marchbanks (Monster Energy Pro Circuit Kawasaki), who managed to make his way by Jeremy Martin (Geico Honda) in the early laps and that’s where they would remain.

There was trouble on the opening lap for the returning Colt Nichols (Monster Energy Star Racing Yamaha) and he was forced to pit, before working his way back to 15th position. Geico Honda rookie Jo Shimoda was involved, also required to stop.

Round 12 of the Monster Energy Supercross championship will take place this Wednesday, again at Rice-Eccles Stadium, where each of the final seven rounds have been scheduled to round out the series. 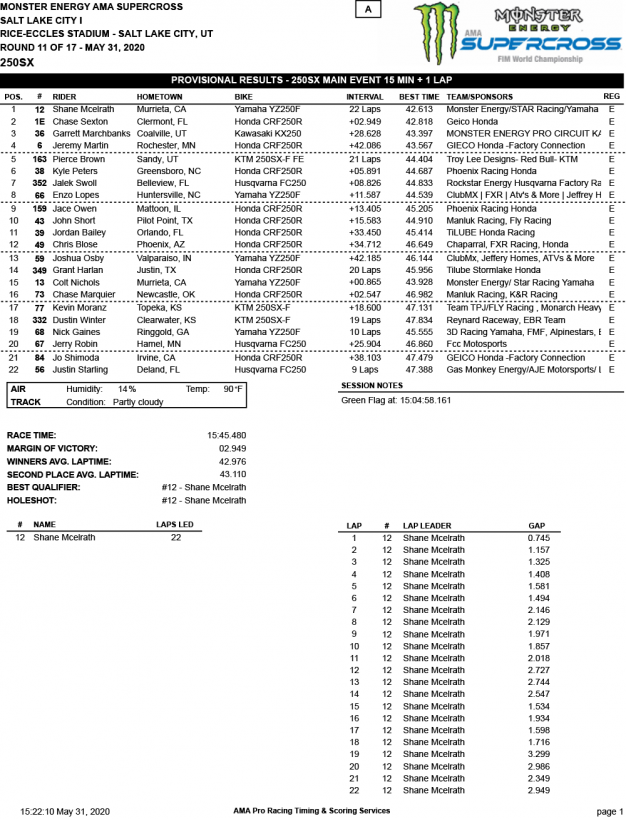