Hayes also forced out following an incident while training. 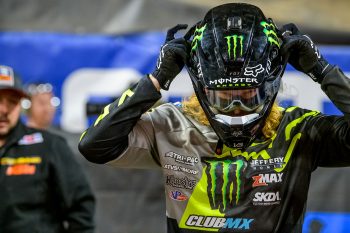 The return of Josh Hill has been put on hold during the coronavirus pandemic after he suffered a dislocated hip during practice at ClubMX.

Hill made his return to Monster Energy Supercross 250SX East aboard Yamaha machinery this year and is currently ninth in the championship.

“Had a little get off today,” Hill explained. “I was out at ClubMX and was coming into the whoops and got a little sideways, missed one and went over the bars – ended up dislocating my hip and it looks like a little fracture in it.”

The news on Hill directly follows a serious injury of Gas Monkey Energy AJE Motorsports Husqvarna rider Jacob Hayes, who sustained a compound fracture to his femur, a broken knee cap and a broken wrist while training.