Plans in place for 2020 championship to return following COVID-19. 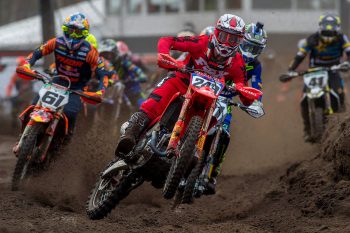 A wide range of revisions have been made to the 2020 MXGP World Championship calendar as the series prepares to move forward following the coronavirus pandemic.

Rounds one and two were held prior to COVID-19 bringing world sport to a stop, however, Infront Moto Racing has confirmed that it won’t be until August that the championship will resume.

Unfortunately, certain events will no longer be able to take place. These include the MXGP of Italy in Maggiora, which was scheduled for 18-19 July, as well as the MXGP of France in St. Jean d’Angely originally planned on 27-28 June with both events cancelled for the 2020 season.

French fans will still be able to enjoy the Monster Energy FIM Motocross of Nations, which is set to take place on 26-27 September at the popular Ernee circuit. Further information on the FIM Junior Motocross World Championship originally scheduled in Megalopolis, Greece, on 8–9 August, will be coming soon.