Current Supercross leader on the ongoing pause in competition. 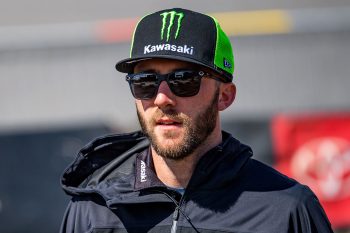 Current Monster Energy Supercross 450SX points-leader Eli Tomac has spoken out about the initial shock of the series being shut down following his Daytona win.

Tomac scored his fifth win in 10 rounds directly prior to the stoppage, which came on the eve of round 11 at Indianapolis in March.

It was a sudden development that has since escalated into the postponement of all remaining rounds as government restrictions due to COVID-19 continue to limit mass gatherings including professional sport.

“It’s general shock,” Tomac said of the layoff. “We were in the Denver airport when we got the news, you’ve got your phone and looking at the text, it was like ‘man, this is real now’.

“I mean, this is when everything was going down and I think at that time one or two other cities or states were getting shut down, so you kind of knew it was coming for our event sizes. For it to actually happen, it really hits you.

“When you go to the point-standings, it’s a bummer for both of us – a bummer for everyone. There’s unfinished business, so that’s where you kind of have to leave it.”

Monster Energy Kawasaki’s Tomac currently holds a three-point advantage in the championship standings over Ken Roczen (Team Honda HRC), who has three wins – and more podiums than Tomac at eight over six – to his credit in 2020.