Next scheduled world championship round scheduled for July in Russia. 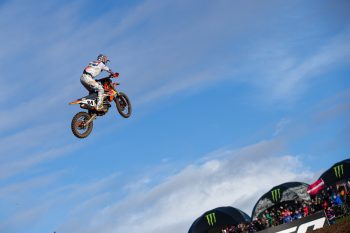 Coronavirus has caused additional delays to the 2020 MXGP World Championship as anticipated, the FIM and Infront Moto Racing has confirmed.

The MXGP of Russia, which was originally scheduled for 7 June at Orlyonok, is now due to be hosted on 5 July.

Meanwhile, the MXGP of Latvia has been moved from 14 June to 12 July at Kegums. As a result, the Italian round at Maggiora will shift from 5 July to 19 July. The MXGP of Trentino will be postponed to 4 October.

Additionally, a recent announcement by the French government also means that the MXGP of France scheduled for 28 June will take place at a later date, with an announcement being made following the development of restrictions that have been put in place.