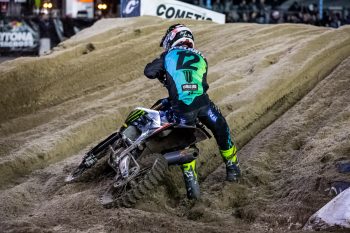 The Monster Energy Star Yamaha Racing contender crashed during the early stages of the 14-lap encounter, however despite a charge through the field, another crash in the closing laps saw him cross the line in fifth.

The result saw him lose ground to rival and points leader Chase Sexton (Geico Honda), who finished second while boosting his championship advantage to 10 points.

“I felt great all day and had a great night going,” McElrath reflected. “I got together with another rider early on and we both ended up going down. I was pushing hard to come back and catch the lead group and then I ended up going down again. I’m happy with my riding, just sometimes things don’t go your way. We will be back.”

Monster Energy Supercross will visit Lucas Oil Stadium this Saturday night in Indianapolis, marking round five of the 250SX East championship and the 11th round of the series as a whole. 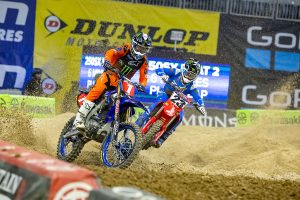