Barcia second as Webb rides to spirited third at the ninth round. 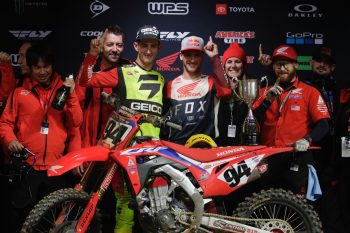 The points at the top of the 450SX standings have been levelled after Ken Roczen dominated Atlanta’s ninth round of Monster Energy Supercross.

The Team Honda HRC rider grabbed the hole-shot and never looked back as he went onto record a stunning 13.612s over Monster Energy Yamaha Factory Racing’s Justin Barcia, which now sees him share the points lead with Eli Tomac (Monster Energy Kawasaki). 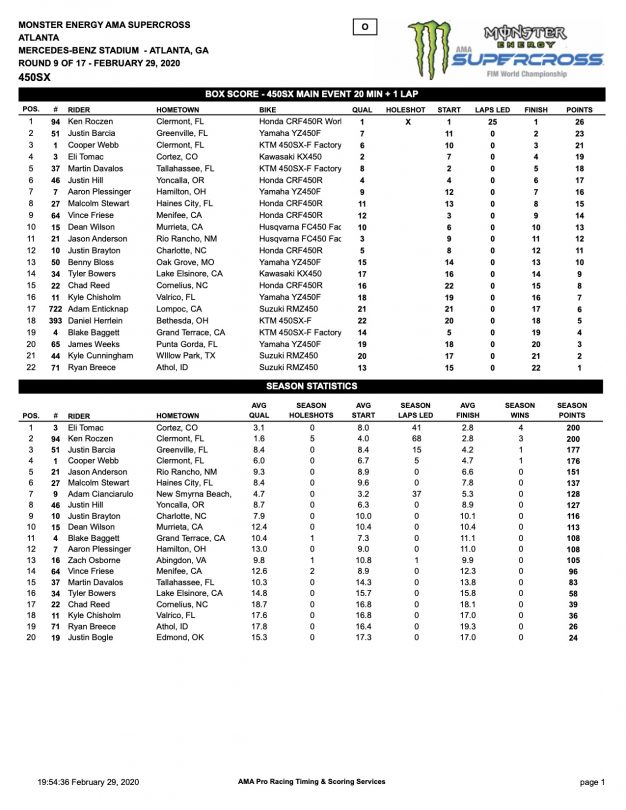