McElrath and Hampshire complete the podium at the third round of the East series.

Rockstar Energy Husqvarna Factory Racing’s RJ Hampshire secured the hole-shot and early lead, controlling the field for the opening laps of the main event meanwhile fending off Sexton, who was also in the midst of a battle with Shane McElrath (Monster Energy Star Yamaha Racing).

McElrath actually made the pass on the Sexton, however the number one made the pass back before going onto make an aggressive yet fair move on Hampshire for the lead.

Jeremy Martin (Geico Honda) was in the mix during the opening half, however an error by Hampshire left tuff-blocks on the circuit, and the number six was caught out by the debris and crashed heavily as a result. He remounted for 19th.

In the end, Hampshire secured runner-up honours ahead of McElrath, while the top five was rounded out by Jordon Smith (Monster Energy Pro Circuit Kawasaki) and rookie Jo Shimoda (Geico Honda). 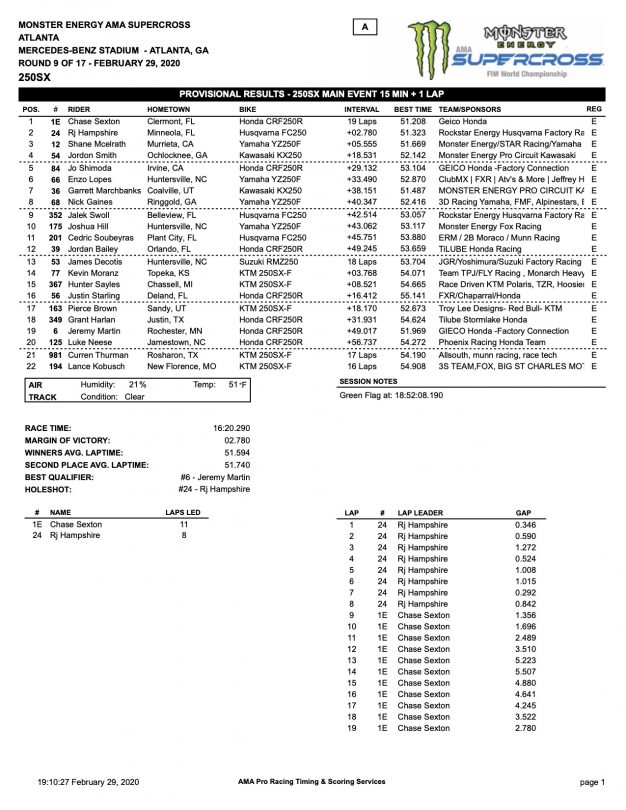