MIPS to feature expanded presence across US ​marketplace

A greater opportunity to purchase a helmet equipped MIPS BPS. 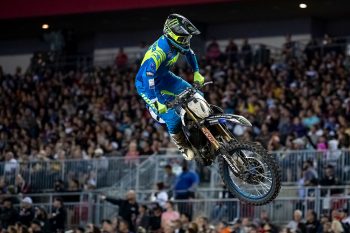 MIPS AB, the Swedish-based innovator of multi-directional helmet protection technology, has announced an expanded presence across the United States motorcycle marketplace for 2020.

Moreover, a growing number of professional athletes competing with the MIPS BPS have already found success on the track in the early stages of the new racing season.

With its added expansion in the high-profile American market, MIPS will continue to focus on its commitment to protecting riders of all ages and skill levels.

At the turn of the new year, MIPS has established a partnership with nearly 20 different motorcycle helmet manufacturers to utilize the BPS technology, including high profile companies like Alpinestars, Bell, Fox, Thor, and Troy Lee Designs, with more to come.

For each of these brands, the MIPS protection system isn’t limited to the highest-priced model and can be found at virtually every price point, including youth helmets.

From a global perspective, as of the end of December 2019, MIPS technology has been utilized in 583 models from 103 different brands, representing leading brands in the bicycle, snow, equestrian, hockey, rock climbing, and most recently, construction industries.

As a result of these partnerships, the MIPS protection system has extended into the professional racing scene, and now many of the best motorcycle athletes in the world rely on MIPS, notably in the off-road sector.

Today, prominent racers all over the world like Ryan Villopoto, Aaron Plessinger, Dean Wilson, Cole Seely, Romain Febvre, Clement Desalle, Taylor Robert and Ricky Brabec have the opportunity to compete with an enhanced peace of mind knowing that well over 20 years of research and tens of thousands of physical tests have gone into the continued development of the MIPS system, providing a proven technology to reduce rotational motion.

As for Brabec, the Southern California off-road endurance specialist made history at the legendary Dakar Rally in Saudi Arabia in January, becoming the first American in 42 years to capture a class victory in the event.

In addition to Dakar, Brabec has also hoisted the trophy at the famed Baja 500 and Baja 1000, making him the only rider in history to achieve victory at the three most storied off-road events. Throughout his journey, Brabec was protected via the MIPS BPS-equipped Alpinestars Supertech M10.

To learn more about protection and innovation behind the MIPS technology, visit www.mipsprotection.com.