Tampa’s opening round of the 250SX East category in Monster Energy Supercross saw Shane McElrath secure the first win of the season. In this edition of Debrief, the Monster Energy Star Yamaha Racing rider recounts his triumph with questions from the post-race press conference. 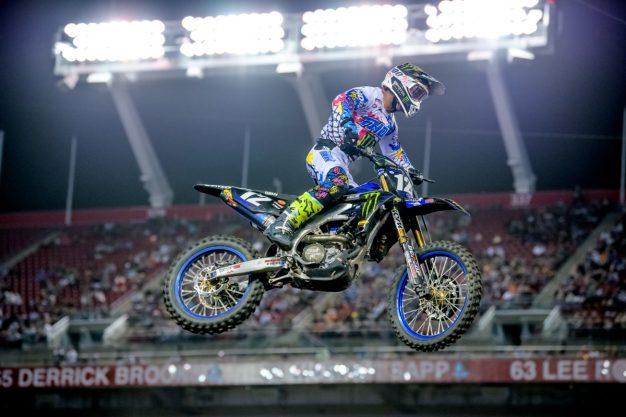 Congratulation Shane. You’ve won the opening round now three times out of the last four seasons, it seems like you come in with a lot of momentum and a lot of fire. What is it that makes things so good for you – you seem to always get things done at the opener?

I really think it’s that everything is still fresh from the off-season. We’ve been working on a lot, and on a night like tonight, this is where it shows. We’ve made a lot of progress, but at the same time, we’ve only had three months of working on things. I’m excited to get back to it.

You made the team change this year, but it’s a long gap until we get to the East coast. What was it like waiting to see what you have on the new bike?

It was pretty long, but at the same time, we were working the whole time – we weren’t settling. The first bit on the bike was really about getting used to it, and my body really had to go through a lot of change off the bike. It was a long off-season, and I was told to be ready for A1 because if someone got hurt at press day, then I was in. I don’t think I was quite ready then, but it was one of those times when we’ve done good up until this point, and we have to go race, then we’ll just have to be ready. But I think getting to race the East coast gave us six extra weeks to really just build, be comfortable and be confident and getting to ride with Justin and Dylan after they’ve been 1-2 on the West coast. It’s comforting, but at the same time, I’m on everything new and I haven’t raced these guys in a while, and I haven’t race myself in a while. It was a big relief to get today over with because the adrenaline and anxiety is a little more at the first round. I’m pretty excited that the things we’ve worked on in the off-season have paid off, and now it’s time to keep going. 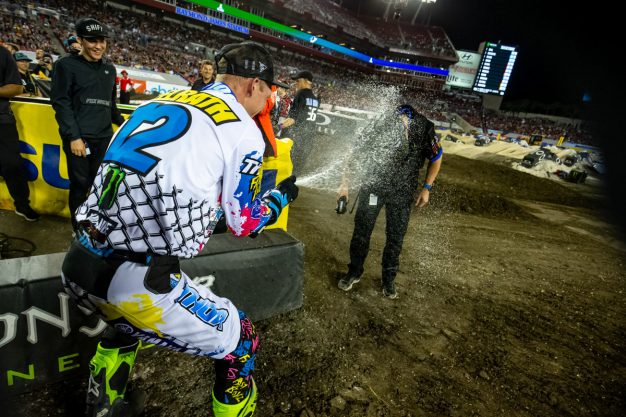 You had speed right off the bat today, is the plan to go wide-open from here on out, or is the approach that there’s still a lot of racing to be done?

I think for me, we worked a lot on my sprint speed and qualifying speed in the off-season, and it was a good step in the right direction for me today. I’m still mad about that 10th in qualifying, but it was still better for me. At the same time, we have seven races left now, and it’s not a lot in an eight-round series. Now with having three points over Chase, it’s not much – in such a short series for us, we can’t really play it safe. We have to be on our game every time – if I’m not, then these guys will be on me.

It was a good off-season learning about the Yamaha, and the air forks too – I haven’t been on them for a while. It was just solid – I’m just excited to be here. Like Jeremy said, there are a lot of questions you have for yourself and your bike coming into the season, and for me, this is my seventh year racing. I have pretty good experience in knowing how the tracks are going to be, but each year, the pace gets a little faster and you set your bike up a little different. The team wants to do something different, so you kind of eye-ball it at the test track in a sense and we try to take it to as many tracks as we can that are public and local. But really, there was a lot that we learned today, and moving forward, I haven’t had to touch my bike in about two months. It was good, but now we know what we need to do.

What’s your strategy from here on out?

I think it’s just moving forward – the team took a gamble on me and we took a step of faith to change everything when everything seemed to be going okay. We just needed a change, and now, I’m here to take advantage of what the team’s given me. They’ve given me their best – I don’t want to let them down, myself down, and my wife down. It’s forward from here.