McElrath has switched teams and moved his attention to the eastern region, leading from start to finish aboard the factory-backed YZ250F.

Trailing McElrath by 2.962s at race’s end was defending champion Chase Sexton, who worked his way by Geico Honda teammate Jeremy Martin early and that’s the way they would stay.

Next for the 250SX East championship will be Arlington, Texas, next Saturday night on 22 February, where McElrath will wear the red plate with a three-point advantage over Sexton. 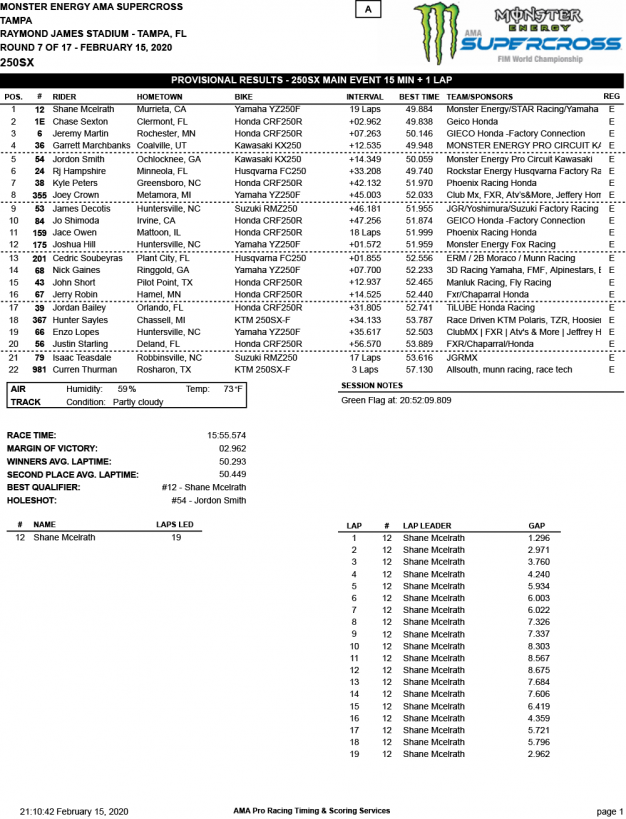