Opening round of 250SX East series led by Martin this afternoon. 450SX rookie Adam Cianciarulo has qualified on top of the time-sheets for the seventh week in a row at the Tampa round of 2020 Monster Energy Supercross, with Jeremy Martin opening 250SX East quickest overall.

The premier class saw Monster Energy Kawasaki’s Cianciarulo keep his perfect run in tact with a 47.704s lap-time, a tenth ahead of teammate Eli Tomac.

A heavy fall in the first qualifier saw Justin Barcia (Monster Energy Yamaha) down in 11th. Meanwhile, in his return to competition following a two-year ban, Broc Tickle was 15th overall on debut with JGRMX Yoshimura Suzuki. 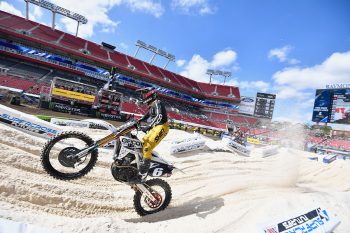 Tampa marks the opening round of the 250SX East series and leading the way this afternoon was Martin, despite missing the entire season with ongoing back troubles last year.

Martin recorded a 48.974s to edge out Shane McElrath (Monter Energy Star Yamaha), who is now equipped with the YZ250F for 2020, while defending champion Chase Sexton (Geico Honda) was third.

Monster Energy Pro Circuit Kawasaki rider Garrett Marchbanks was next best, directly ahead of RJ Hampshire, who has found a new home at Rockstar Energy Husqvarna for this season. He rounded out the top five. 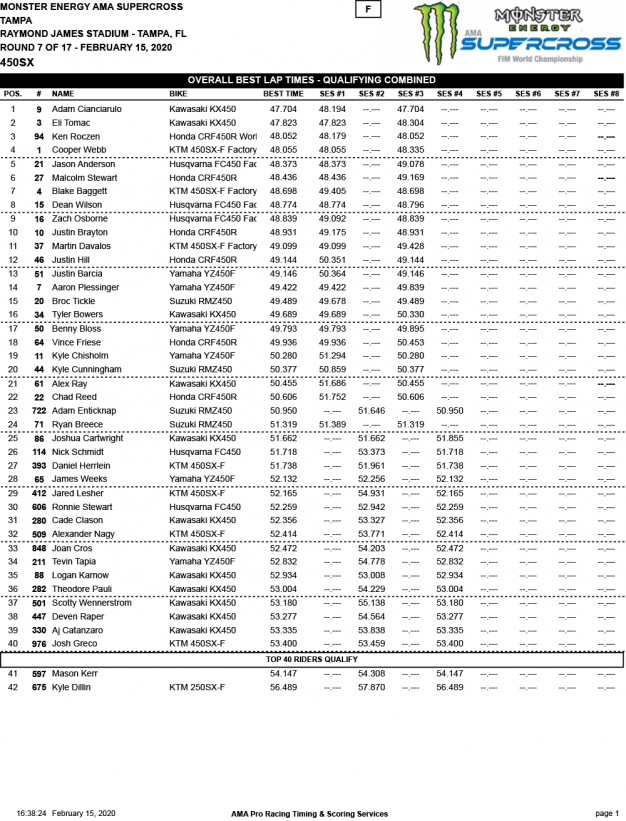 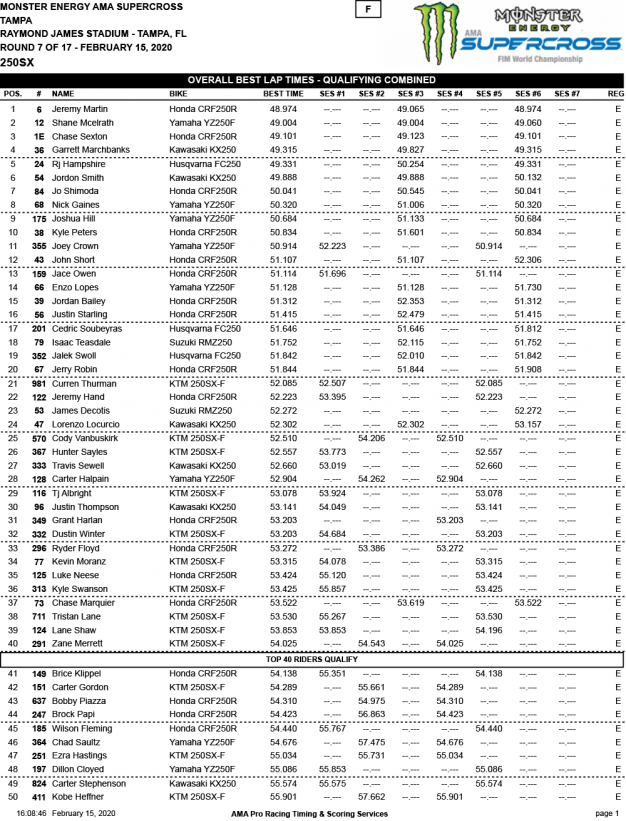