Answering questions ahead of the 2020 250SX East championship commencing.

The 250SX East championship fires into action this weekend at Tampa’s 2020 Monster Energy Supercross in Florida, and we’re set to see a thrilling title chase emerge as a number of riders enter under new circumstances.

Q: There’s been a number of rider transfers, who are the key riders making their first appearance in new colours at Tampa?

A: It was one of the busiest off-seasons amongst the 250SX categories, meaning a number of riders will debut their new colours on Saturday night. Jordon Smith will make his first outing with Monster Energy Pro Circuit Kawasaki, Shane McElrath has switched to Monster Energy Star Yamaha Racing, and RJ Hampshire is now aboard a Rockstar Energy Husqvarna Factory Racing FC 250 – the major signings of this trio will make for an interesting season-opener.

Q: How does the depth of the field compare to 250SX West?

A: It’s safe to say 250SX West has always been considered to be more competitive with a greater depth of talent, but for 2020, the 250SX East field compares quite closely in the quality of riders. When you add in contenders like Hampshire, McElrath, Smith, and reigning champion Chase Sexton (Geico Honda) – and not to mention the return of Jeremy Martin (Geico Honda) – that’s five guys that can take the win on any given night, and we haven’t even considered the rookies. 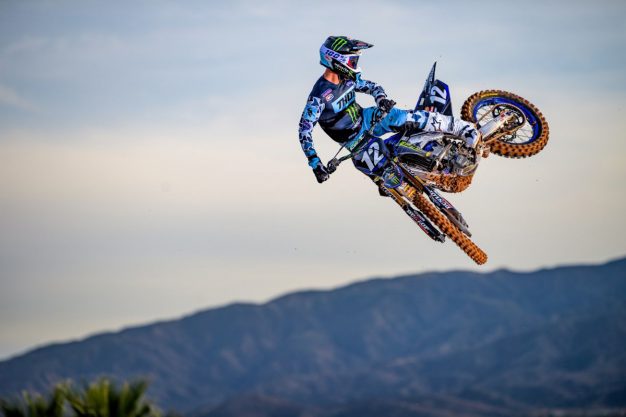 A: There’s actually a group of rookies making their Supercross debut in Florida, with former high-profile amateurs Jo Shimoda (Geico Honda) and Jalek Swoll (Rockstar Energy Husqvarna Factory Racing) amongst the list. Frenchman and Troy Lee Designs Red Bull KTM newcomer Brian Moreau will also race for the first time in America, while two rookies will have a delayed debut…

A: Those two rookies above are Hunter Lawrence (Geico Honda) and Pierce Brown (Troy Lee Designs Red Bull KTM), who won’t be lining up this weekend as they continue to recover from injuries. Lawrence is still unsure if he’ll be back for Supercross, while Brown is likely to be on-track in the coming weeks. Monster Energy Star Yamaha Racing’s Colt Nichols rounds off the injury list, the former race winner currently bouncing back from a pre-season shoulder injury.