Six in a row for Cianciarulo in San Diego 450SX qualifying 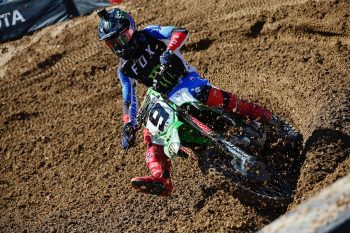 The dominant qualifying form of Adam Cianciarulo and Dylan Ferrandis continued this afternoon at San Diego, the sixth round of 2020 Monster Energy Supercross. 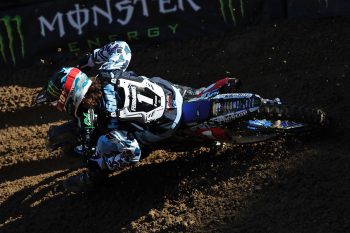 The 250SX West category in its last showing before the series heads east saw Ferrandis continue his unblemished run with a 48.991s – the fastest lap of all in either classes this afternoon. 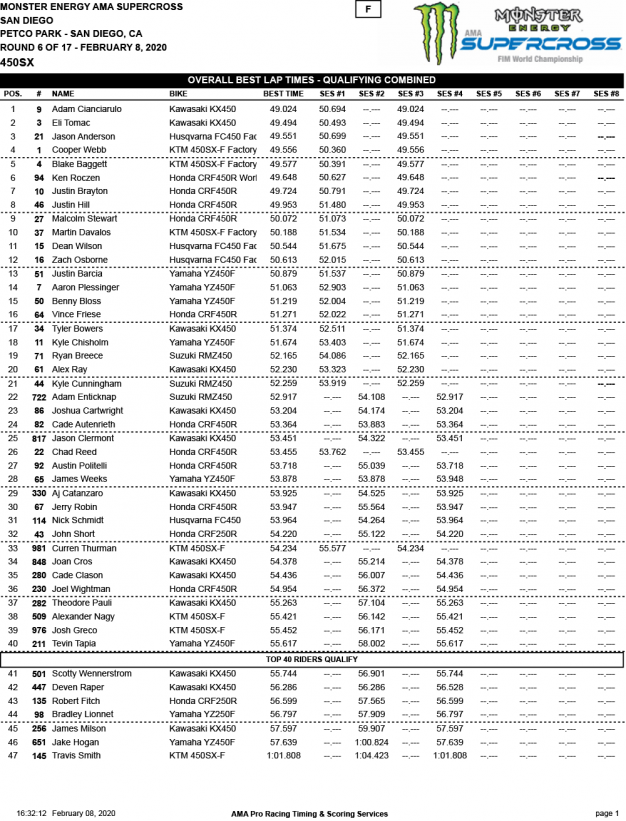 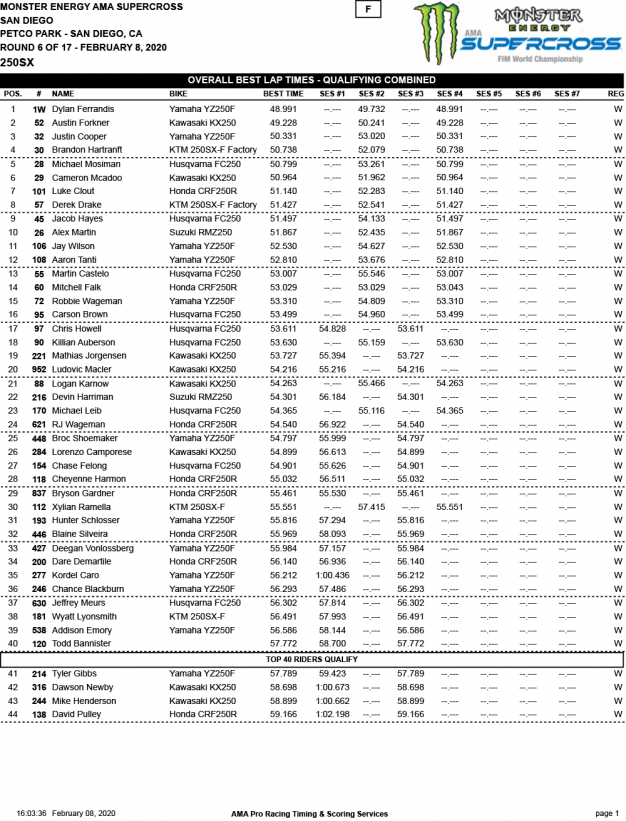