Oakland’s fifth round of Monster Energy Supercross saw Eli Tomac secure his second win of the season. In this edition of Debrief, the Monster Energy Kawasaki rider recounts his triumph with questions from the post-race press conference. 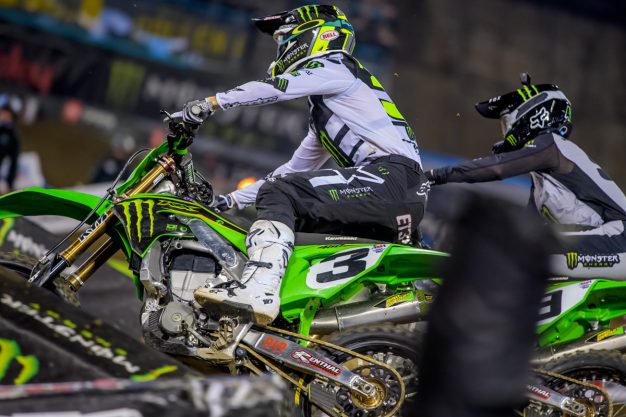 Congrats Eli. You took the lead somewhat early, then made the mistake and went off the track – what was going through your mind at that point?

I was like are you kidding me right now? I felt like I was being very patient early on, in the beginning it was myself, Adam [Cianciarulo] and Ken [Roczen]. We were kind of just riding, and it was the same thing when I got into second. I got into the lead and I was feeling really good, I had a really good flowing going and I was picking my front-end up over that little knuckle in the sand. I don’t know, I just picked it up too much one time and my rear kicked a little bit or I missed my rear brake. I rode over the berm and I was like you’ve gotta be kidding me right now. Lucky I was able to sneak on there and get going again. From there it was all out.

It’s five rounds in and you and Ken are 12 points clear of third in the championship, it’s a big lead for how soon we are in the season – is that a surprise considering how well the racing’s been this season?

I mean at this point it’s all about consistency – all three of us, it’s really gnarly right now. You’ve gotta be the consistent guy. 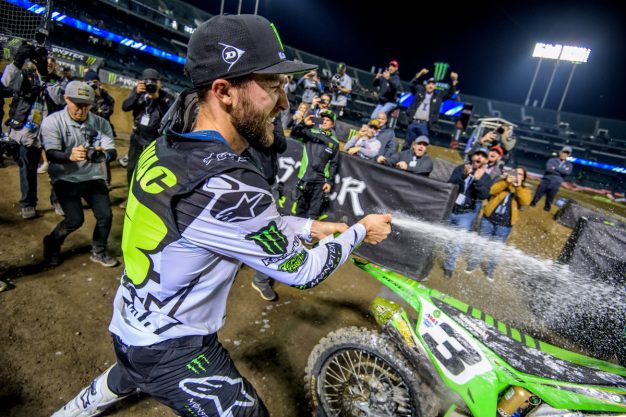 How important was it for you to grab a win tonight?

It’s huge – if you look at the points swing, we went into the round eight down, now we’re three down. If goes the other way, it gets harder and harder to make up. Points wise, it was huge.

What did you think of tonight’s track compared to what we’ve seen this season?

We’ve had a little bit of everything – obviously the last week we had the big stadium in Phoenix, and to be honest, the only thing I don’t like this season is the bin in the rhythm sections – last week we had a bin in the rhythm section, and it didn’t really work out that great. And this week with that triple, they put that pole up with guys jumping across the inside. Overall, the elevated turn worked tonight, so some things were good, some things not so much. It’s been a good mix.