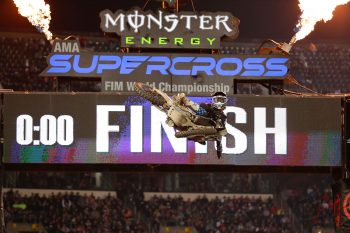 Defending 250SX West champion Dylan Ferrandis has taken over the points-lead with his second win of the year in Oakland, the fifth round of 2020 Monster Energy Supercross.

From there he extended a 2.336s advantage, while the podium was completed by Justin Cooper (Monster Energy Star Yamaha), who made a late move by early leader Alex Martin (JGRMX Yoshimura Suzuki) for position.

Penrite Honda Racing teammates Luke Clout and Mitchell Oldenburg were fifth and sixth respectively, benefiting from a late mishap of Brendan Hartranft (TLD Red Bull KTM), who was fifth but dropped to eighth towards the end.

Disaster struck in-form Rockstar Energy Husqvarna contender Michael Mosiman, who crashed out at the halfway point and was ruled out with bike damage sustained in the multi-rider pile-up.

The final 250SX West round prior to their mid-season break will be San Diego next Saturday night, with Ferrandis now two points ahead of Cooper and Forkner a further eight markers back. 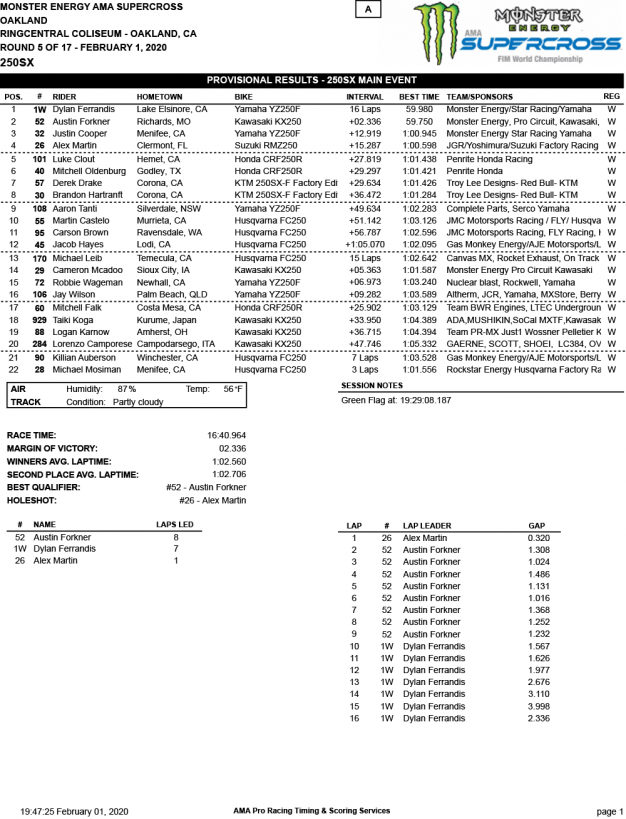