Aggravated rib injury puts Reed out of Oakland round 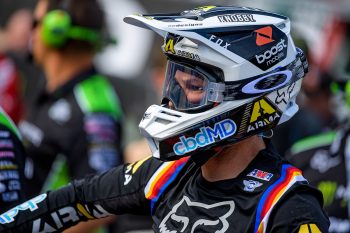 Reed was involved in a multi-bike incident at the start of main event three at Glendale’s Triple Crown, ending his evening as a result.

The Mountain Motorsports cbdMD CR22 Racing rider, who will retire at the close of this year, made the decision to skip round five in a bid to recover further prior to San Diego. He is still in attendance this weekend.

It’s been a challenging beginning to Reed’s final Supercross campaign so far, spending a large portion of the off-season recovering from broken ribs sustained in Paris and only putting together his private team during December.

Coming into Oakland’s fifth round of the season, Reed is currently ranked 19th in the premier class standings aboard the Honda CRF450R, his best main event finishes of 18th coming at both Anaheim 1 and Anaheim 2 during January.