Reviewing six riders and their chances of claiming the 2020 Supercross crown.

Just four rounds into the 2020 Monster Energy Supercross, riders have already established themselves in the 450SX title fight. In this instalment of Rated, we look at the championship chances amongst the top six riders in the standings. 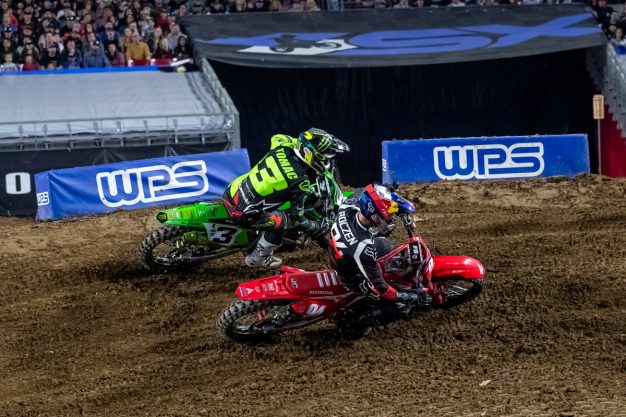 Rider: Ken Roczen
Rating: 85 percent
Rundown: It’s been a strong start to the 2020 Supercross series for Ken Roczen, and that’s exactly why he’s the points leader. With two wins to his name, we’re starting to see the Team Honda HRC rider return to the form that could see him as a champion. It appears everything is in order at the moment for Roczen, so his title chances are looking good.

Rider: Cooper Webb
Rating: 80 percent
Rundown: Reigning champion Cooper Webb has had a mixed start to his title defence, but he’s been overcoming illness to keep his championship campaign on-track. There’s still a long season ahead, and he’s 20 points down on leader Roczen. It’s going to be tough to reduce that gap with such a competitive field this season, although that could also work to his advantage.

Rider: Eli Tomac
Rating: 80 percent
Rundown: Eli Tomac is no stranger to making a successful championship bid having three-consecutive Pro Motocross title to his name, but there’s something about Supercross that he’s struggled with in his effort to claim an elusive crown. The Monster Energy Kawasaki rider has been strong so far, and as it’s shaping up, he looks to be Roczen’s biggest threat. 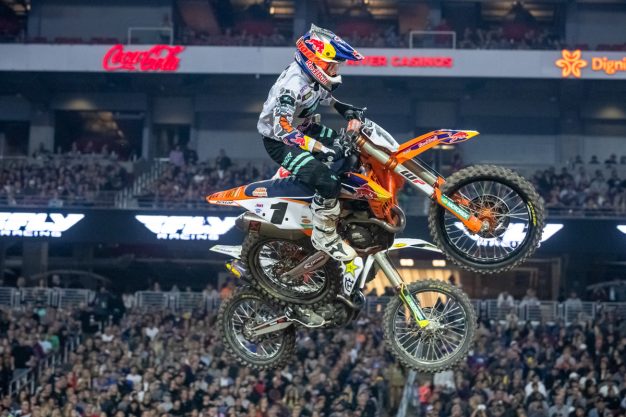 Rider: Justin Barcia
Rating: 70 percent
Rundown: It was a stellar opening two rounds of Supercross for Monster Energy Yamaha Factory Racing’s Justin Barcia, although rounds three and four have been more of a challenge. It’s been the tale of Barcia over recent years, where he’s shown great performances with inconsistency ultimately letting him down. If he can continue being a podium contender, then his chances of fighting for the crown improve.

Rider: Jason Anderson
Rating: 75 percent
Rundown: Former champion Jason Anderson has been somewhat of an underdog this season, however his consistent podium finishes see him right in the mix. We’re yet to see the Rockstar Energy Husqvarna Factory Racing rider have breakout victory, but his consistency is what could see him be in contention come round 17, just like he did in 2018.

Rider: Adam Cianciarulo
Rating: 65 percent
Rundown: A premier class title in his debut season would be the dream for Monster Energy Kawasaki’s Adam Cianciarulo, although as it stands, a number of ‘rookie’ mistakes make him an unlikely candidate to contend for the championship. I think we can expect race wins and podiums from him, which is a realistic expectation considering the experienced field he’s up against.