Topping the 250SX West heat races were Forkner and Craig. 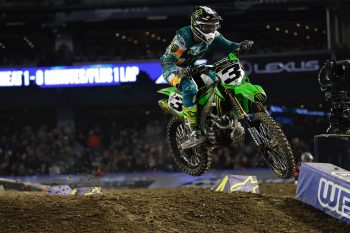 The 450SX heat races at Anaheim 2’s third round of Monster Energy Supercross have been split by Eli Tomac and Ken Roczen, while Austin Forkner and Christian Craig won in 250SX West.

It was then Craig who led a Geico Honda 1-2 over teammate Jett Lawrence in the second of the 250SX heats, as number one plate-holder Dylan Ferrandis (Monster Energy Star Yamaha) was third.

JGRMX Yoshimura Suzuki’s Alex Martin crashed out of contention, while Luke Clout (Penrite Honda Racing) will also be LCQ-bound after a heavy fall off the dragon-back saw him cross the line in 12th. 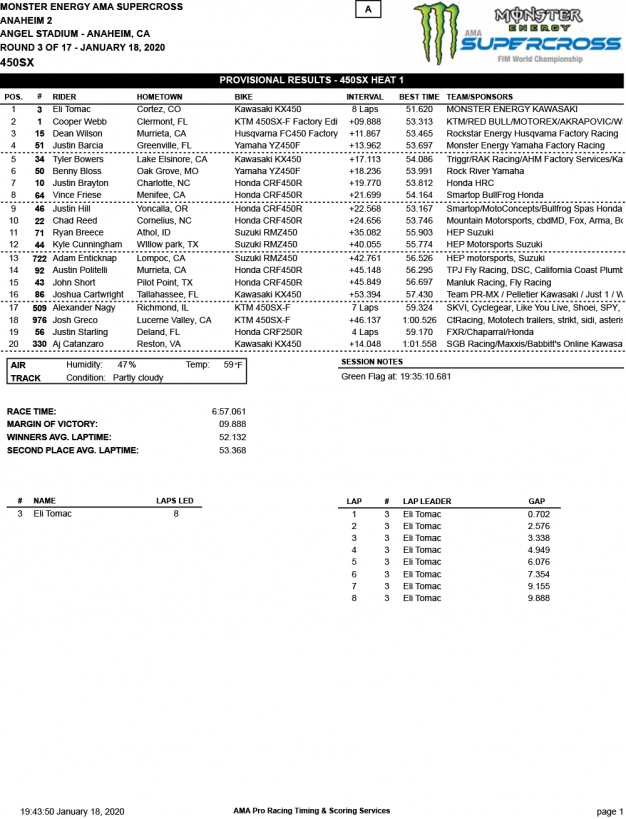 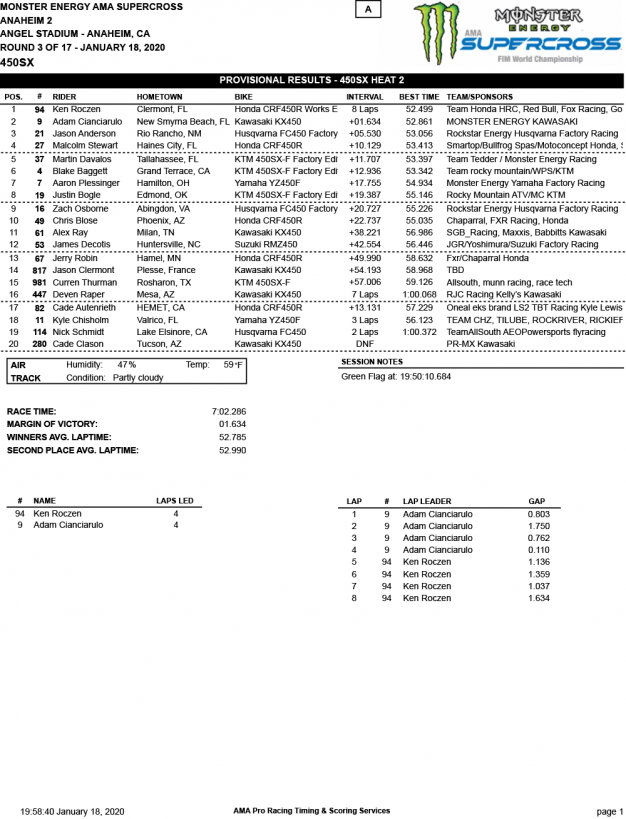 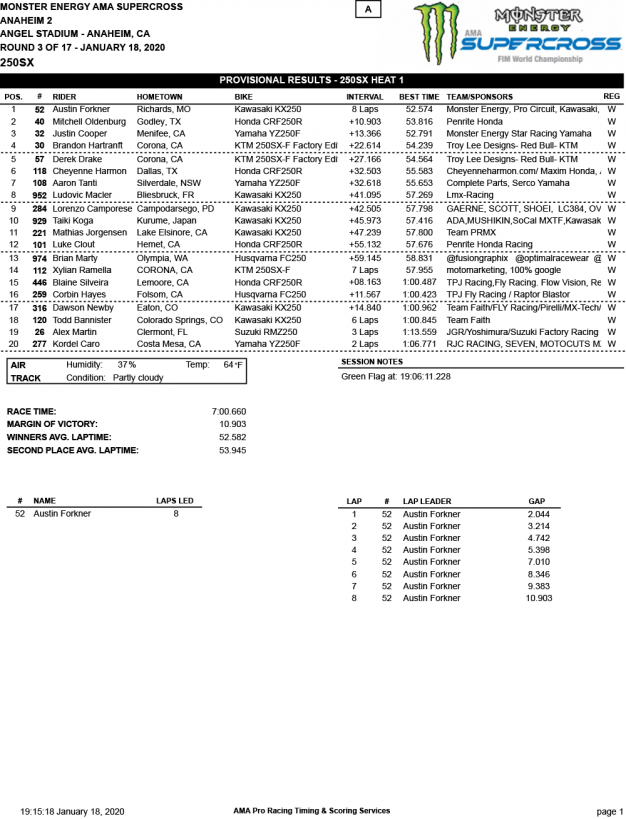 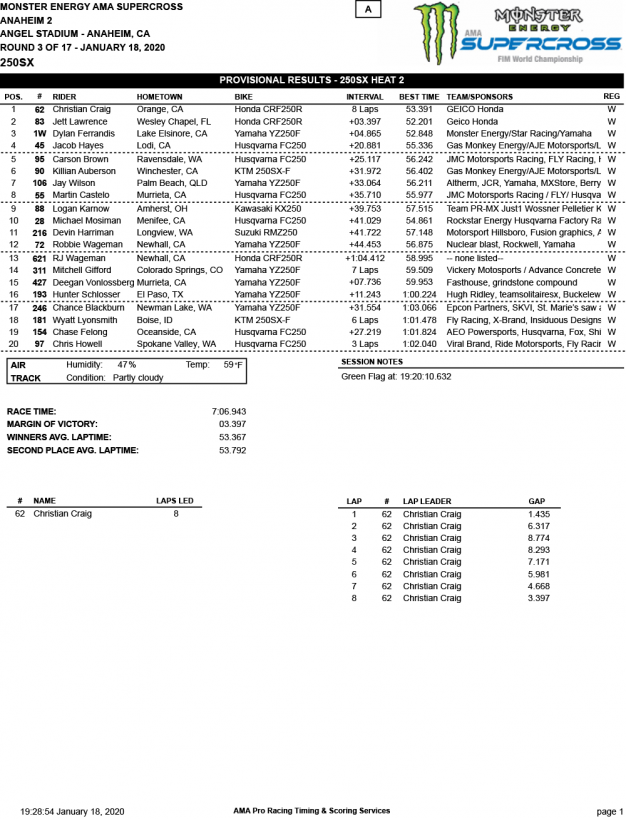